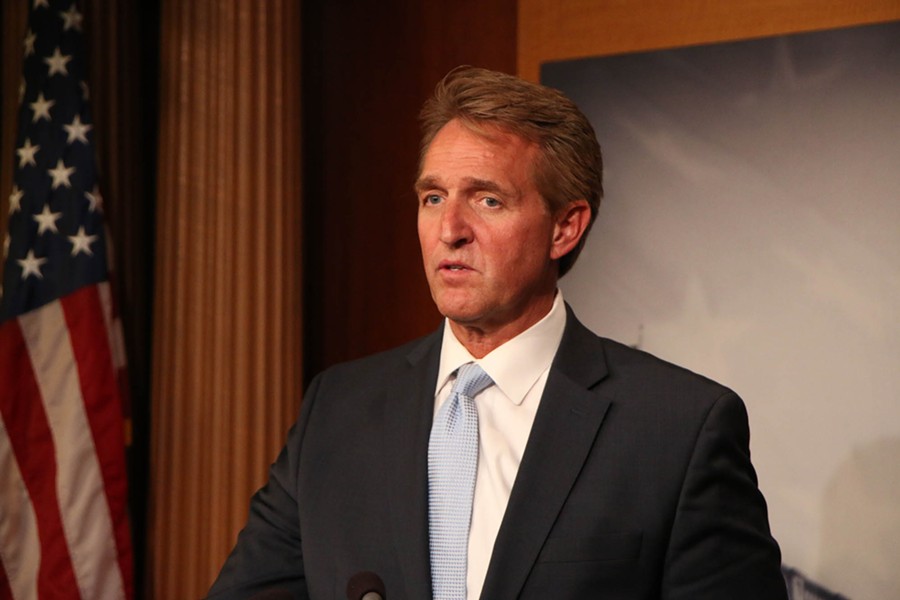 Less than a day after Sen. Jeff Flake vowed to use whatever remaining leverage he has to push a bill protecting the Mueller investigation, he saw that leverage pulled away from him Thursday, at least for now.

Senate Judiciary Committee Chairman Chuck Grassley delayed action on 15 judicial nominees – including Bridget Bade from Arizona – who were scheduled to have their nominations voted on Thursday.

Grassley said the nominees were withheld to settle a scheduling conflict with committee Democrats, who complained that nomination hearings were held during the Senate’s October recess. He did not indicate when they might come up for a vote.

The delay temporarily scuttles Flake’s plan to oppose all judicial nominees until Senate Majority Leader Mitch McConnell agrees to allow a vote on the Special Counsel Independence and Integrity Act.

That bill, approved by the Judiciary Committee in April but stalled in the full Senate since, would prohibit the White House from interfering in Special Counsel Robert Mueller’s probe into possible Russian meddling in the 2016 election. President Donald Trump has often referred to the probe as a witch-hunt.

Flake, an Arizona Republican, and Sen. Chris Coons, D-Delaware, said Wednesday that Trump’s decision to force out former Attorney General Jeff Sessions and replace him with a critic of the Mueller investigation makes it more important than ever to pass the bill protecting the probe.

They are also concerned that the acting attorney general, Sessions’ former Chief of Staff Matthew Whitaker, has not been approved by the Senate, which they said is required.

“When you have the attorney general fired and when you have the oversight for the investigation moved to someone who has not received Senate confirmation, who has expressed open hostility to the Mueller investigation, there’s a problem, and I think most of our colleagues feel the same way,” Flake said Wednesday.

But Grassley challenged the claim that Whitaker needs Senate approval to work in an acting capacity, and called it “incredibly ironic that members are now distraught over Attorney General Sessions’ resignation last week” when they so vigorously challenged his appointment in 2017.

“President Trump acted in strict conformance with the law, and Acting Attorney General Whitaker’s appointment is perfectly legal,” said Grassley, adding the he is confident Whitaker “will carry out the functions of the Justice Department to the best of his abilities.”

Grassley vowed that the Senate will “properly vet” whomever Trump nominates to be the next attorney general, saying the Senate is “never a rubber stamp for any president.”

Flake remained firm Thursday in his criticism of Whitaker’s appointment.

“To have the president go and elevate someone who would then stop the probe, that has to provoke a constitutional crisis,” Flake said. “I think all of us on my side of the aisle have said that at one point or another.”

He said he stands by his original plan to withhold his vote on judicial nominees – a threat that has to be taken seriously with Republicans holding only a one-vote majority on the Judiciary Committee.

Flake conceded that McConnell could simply wait until January, when Flake will be out of office, or call in the vice president as tie-breaker, so that nominations could “theoretically … still pass” without his vote. But that hasn’t changed his plan.

“All I can do is say, ‘I’m not going to vote to advance anybody who is before the committee, and I won’t vote for any of these nominees until we have a vote on the Mueller probe,'” Flake said.