Bohemian Rhapsody: Too Much BS 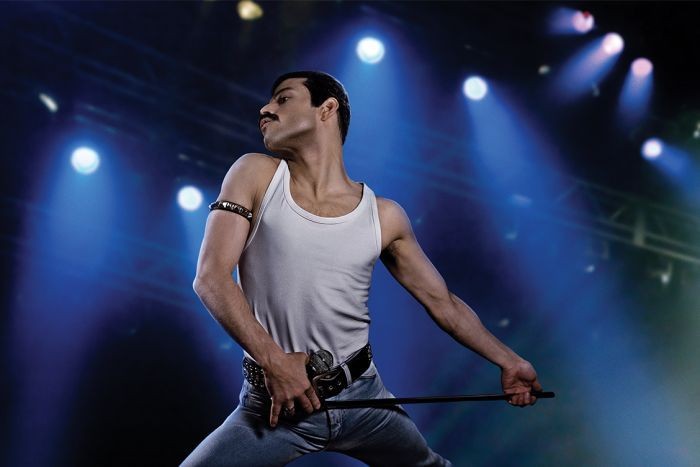 Rami Malek gives it his all as Freddie Mercury, the late lead singer of Queen, in the new biopic Bohemian Rhapsody. That, and a competent recreation of Queen’s Live Aid domination, are just about the only good things you can say about this mostly embarrassing effort to memorialize an incredible person and his sadly short life. The movie basically takes Mercury’s legacy, completely screws with his life’s timeline and makes up a bunch of unnecessary events to pad its 135-minute running time.

So much of this film isn’t true, and the fact that they took this hard-living rock star’s life and homogenized it for a PG-13 film doesn’t help make it feel anything close to authentic. Mercury died from pneumonia while battling AIDS in 1991. He wasn’t diagnosed with the illness until 1987. This film, partially directed by Bryan Singer and then finished by Dexter Fletcher, has Mercury learning of his diagnosis before his incredible 1985 Live Aid performance, even telling the band of his illness shortly before they went on stage. This is complete bullshit and a total injustice to Mercury and his band’s legacy.

Malek, acting through a big set of fake teeth made to capture the look of Mercury’s four extra incisors, is decent in the role. He actually sang on set, his voice blended with a Mercury sound-alike to keep the movie from being a completely lip-synched affair.

The musical sequences, including the Live Aid gig, are fun to watch. But, hey, if I want good Queen music, I can just watch the videos of Queen. There’s a movie happening between those musical sequences, and that movie is terrible, a messed-up bit of fakery that prompts a lot of unintentional laughter. There’s a great, truthful movie to be made about the life of Freddie Mercury. Bohemian Rhapsody doesn’t even come close to being that movie.