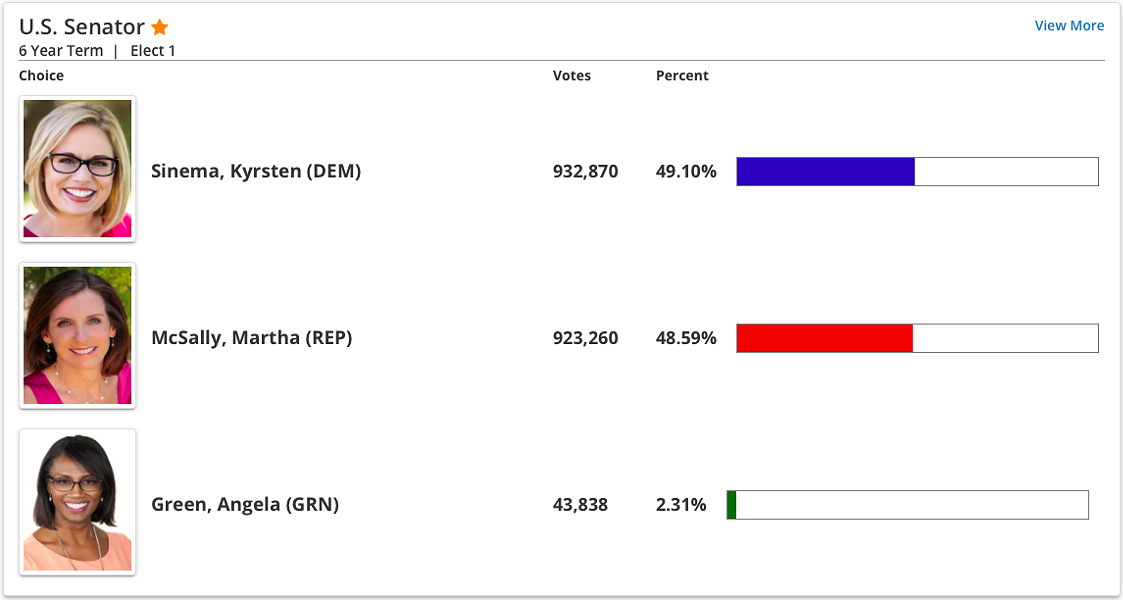 Democrat Kyrsten Sinema has taken a 2,106- 8,859- 9,610-vote lead over Republican Martha McSally in the U.S. Senate race after more ballots were tallied today. This one is remains in overtime.

Meanwhile, Democrat Kathy Hoffman has taken a 20,348-vote lead over Republican Frank Riggs, which could make the rookie candidate and former public school speech pathologist the first Democrat to win a statewide state office in a decade.

Garrett Archer, aka Data Guru, crunches what he knows about where the ballots still are (note: Pima has since reported some of its ballots, leading to Sinema's 7K jump between counts tonight):

Unfortunately, we won't be getting much more out of Archer tonight as he has his priorities right:

Personal Note: It's daughter's dance night. I'm out. I will notify if additional files are published, but I am unable to see which county on my phone. Have a good night.

Pinal County, where McSally should pick up votes, says it has roughly 25K early ballots and 6800 provisional ballots to process:


Barrett Marson, who worked the anti-Sinema Defend Arizona campaign, predicts McSally will make up some of her lost ground:

Come Saturday, the people who dropped off early ballots at the polls (like me) will start getting counted. And if tradition holds, they will favor GOP. The history of #AzSen will be written Saturday.