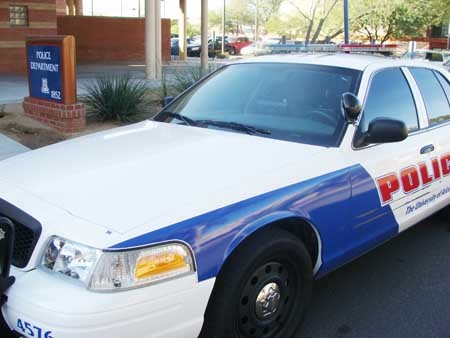 The University of Arizona Police Department released a warning to students in the wake of a spate of assaults on the Tucson campus since the beginning of November.

According to the department, two assaults occurred in varying parts of the campus area on Nov. 3 and 5.

Both incidents involved female students that were attacked, with the first victim being pushed to the ground from behind near the 1500 block of East Drachman at 1:30 a.m. on Nov. 3 by a Hispanic male in a gray hoodie, the report said.

The second incident two days later occurred at 8:30 p.m. near the intersection of 6th street and Highland. The victim in that case couldn't recall what happened, saying she awoke while being dragged by the suspect.

The second victim described her assailant as being a white male over six feet tall with shoulder-length hair, a thick beard and a mustache, according to the report.

That victim was able to escape after kicking and punching the suspect, who then fled the scene after grabbing the victim's phone, the report said.

The UAPD released the report to warn students to be cautious around campus, and to report any suspicious activity in the area.

The Department reminds students that they can take utilize the university's SafeRide program by calling (520)-621-7233 in the evening.

You can report suspicious activity around campus by either calling 911 or 88-CRIME, if you wish to remain anonymous.