Bond, a property manager and first-time candidate for Congress, and Chavez, who is running for re-election to the Arizona House of Representatives, are just two of the many candidates around the country whose names may make voters do a double-take.

Along with Elvis Presley and John F. Kennedy, a look at ballots across the country this Election Day shows that Chuck Norris, Tom Sawyer, Will Smith, Michael Jackson and more have thrown their hats in the ring.

Rodd McLeod, a Democratic strategist in Arizona, said a candidate’s name is not likely to be the make-or-break factor in their success at the ballot box. But for some candidates, he said, the notoriety can’t hurt.

He said a name can make a difference for candidates who are not well known or are running in races people are typically less informed about, like the superintendent of education or the mine inspector. No voter really thinks they’re voting for JFK, he said, but the name may make the candidate stand out.

“The further down the ballot you go, people are less likely to know who you are and what you stand for, so any kind of leg up is helpful,” McLeod said.

“You don’t want to be named Count Chocula, but I don’t think anyone right now would complain about being named Ariana Grande,” he said.

The candidates with more-famous namesakes take it in stride.

The Cesar Chavez on Arizona’s ballot said he tries not to play up his name, even though he was named for the civil rights leader and founder of the United Farm Workers.

Rep. Cesar Chavez said his grandfather was a farm worker from Mexico who met the original Chavez in California in the ’80s and told his daughter that if she ever had a son, she should name him Cesar.

Chavez calls it an honor to share a name with a man he always admired. Though he doesn’t intentionally mirror his politics after the original Chavez, he said there are lessons all politicians can learn from his legacy.

“He looked at others before looking at himself, and I think that that’s something we in politics need to look at and partake in,” Chavez said. “What can we do for others before we do for ourselves?” 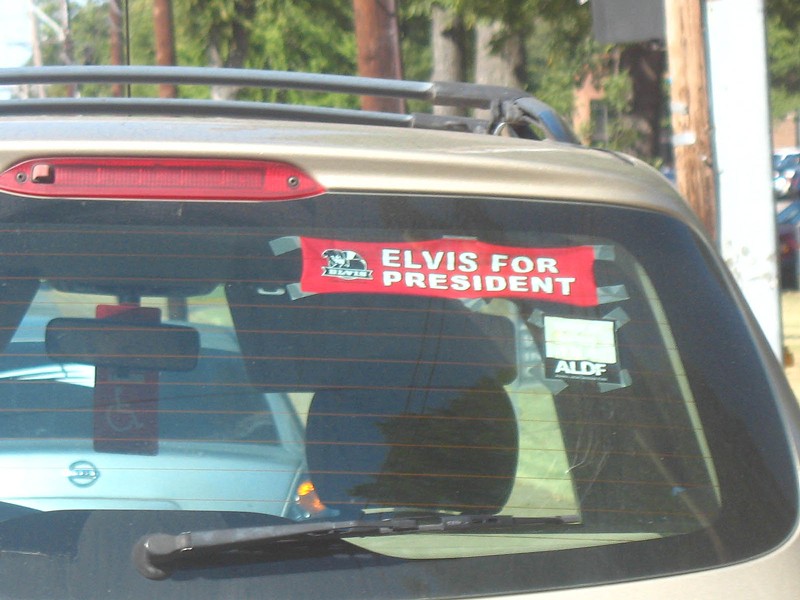 Arizona’s James Bond was not named for the suave fictional spy, but he does play up the coincidence, appearing on the ballot as James “007” Bond.

The first-time candidate said he decided to run for Congress when he realized that no one had filed to challenge Rep. Ruben Gallego, D-Phoenix. He concedes he has “virtually no chance” of winning, but got entered the race because it was important to give voters an option.

“I was disappointed in myself because I didn’t know that he was running unopposed,” Bond said of Gallego. “I only realized it when I went to cast my vote in the primary and there was no Republican, or Green Party at that time.”

Bond said the name has been in his family since long before the books and movie franchise made it famous – he’s the fourth. He often tried to downplay the name when he was younger, but “as I got older I was like, ‘Why am I not using it?'”

The name may have to carry him – Bond said he has not put any money into his campaign this year. But, win or lose, he said the experience has made him consider a future run.

“I just noticed that nobody else was running against the incumbent so I just went ahead and registered for the right,” he said. “Though now it’s piqued my curiosity – I’m thinking about making a serious run in the next cycle.”