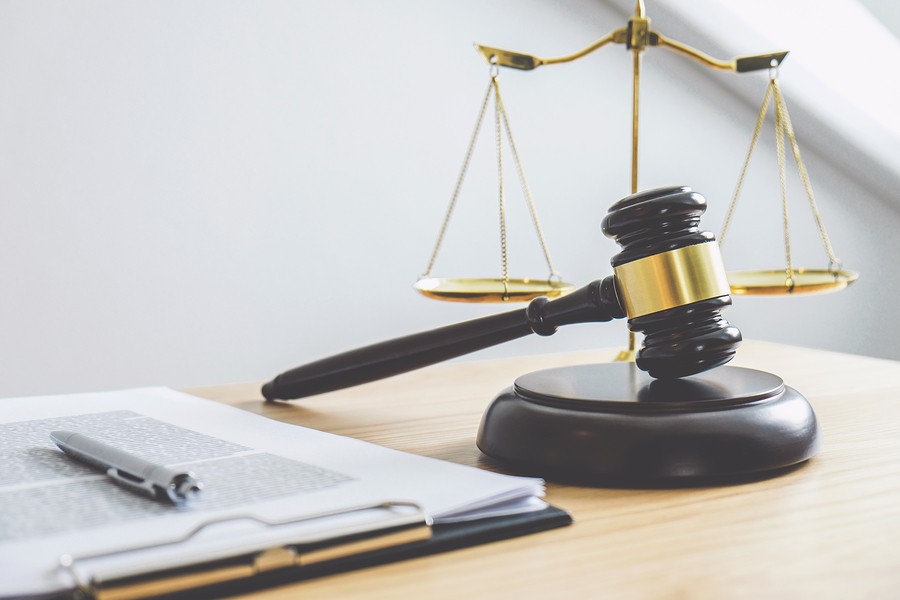 It would be foolish of me to say with 100 percent certainty that the Arizona Supreme Court ruling against the "Invest in Education" initiative was politically motivated. I'm only 95 percent certain they wanted to knock the initiative off the ballot for political reasons — with a 5 percent margin of error.

The Supreme Court decision against Invest in Ed fits a little too neatly with the zero tolerance policy toward citizen initiatives enacted by the Republican majority legislature and signed by Governor Ducey to be a coincidence.

The legislature's zero policy law requires "strict compliance" with the rules governing petitions. Ridiculously strict compliance. If people carrying petitions make a mistake in the way they fill it out, no matter how small, the entire petition and all its signatures can be tossed. If people signing a petition go outside the lines with their signatures or other information — if the tail of a "g" or a "y" extends outside the line — that signature can be thrown out.

Why the new ridiculously strict compliance law? Because Republicans hate citizen initiatives. They'll do whatever they can do to make it harder for them to make it to the ballot.

It's easy to understand why. This year a citizen initiative limiting one of Republicans' pet projects, private school vouchers, is on the ballot. So is an initiative to increase the use of clean energy, something Republicans all over the country oppose so deeply, they've decided to ignore science, thermometers and their own eyes and say, "Climate change? What climate change?"

Then there are the two citizen initiatives that didn't make it. One would have banned Dark Money, the lifeblood running through the veins of Republican politics. The other is Invest in Ed, which would have made people whose taxable income is over $250,000 ($500,000 for couples) pay a higher income tax rate.

That's four initiatives Republicans despise. They never would let ideas like those get anywhere near the floor of the legislature, and they hate it that citizens have the ability to go around the Republican political stranglehold on the state by using the initiative process.

"Strict compliance" can be used to roadblock some of the initiatives, but it's clearly not enough. Even with the strict compliance law, Invest in Ed had all the valid signatures it needed, and more, to make it on the ballot. So big money in the form of The Chamber of Commerce took the next step and went after the initiative in the courts. The Chamber's lawyers found two problems with the 100 word statement on the petitions. First, the statement didn't mention that the initiative would mean a small boost to the taxes of people who made less than a quarter of a million dollars. Second — I'm not making this up — the initiative used the word "percent" where it should have used "percentage."

Those two problems, the Chamber's lawyers contended, misled and confused petition signers — you know, those signers who say, "Let me inspect the summary of the initiative word by word to see exactly what it says before I sign." Funny thing is, compulsive reader that I am, I've never scrutinized one of those summaries, and I don't know anyone who has. I doubt even the lawyers pressing the Chamber's case have read petition summaries carefully. But someone somewhere may have taken time to read the summary before signing and been misled and confused. Because of that, the lawyers argued, any problems with the summary are reason to throw out the initiative.

The County Superior Court Judge who first heard the case disagreed and ruled against the Chamber. The Chamber appealed the ruling to the state Supreme Court, which voted 5-2 in its favor. The Invest in Ed initiative was dead.

A 5-2 decision sounds definitive. With that kind of a margin, it would seem, the court must have considered the initiative summary and the law carefully, then ruled correctly. Except, two of those justices were appointed by Ducey after he and the legislature increased the number of justices from five to seven. Get rid of those two, and the decision had a slim 3-2 margin. Of the three ruling for the Chamber, two were appointed by Jan Brewer, the third by Ducey. Only one justice on the court was appointed by a Democratic governor, and he was joined by a Brewer-appointed justice in a bipartisan minority opinion saying the initiative should have been allowed to go in front of the voters.

The two dissenting justices agreed with the County Superior Court judge that perfection isn't a requirement in the writing of initiatives. True, the language in the summary was ambiguous, they wrote, but that's an issue to be raised in the campaign. The voters should be allowed to vote for the initiative on its merits.

The majority accepted the Chamber's arguments whole. They even agreed with the over-the-top notion that substituting "percent" for "percentage" could have confused petition signers, a clear sign they were willing to use any argument, no matter how petty, to justify keeping the initiative off the ballot.

Zero tolerance in the courts joins with "strict compliance" in the law to create a one-two punch that puts every citizen initiative in peril. Next election season, it will be even harder for citizens to put initiatives in front of voters.