What started out as four Phoenix guys playing songs together quickly turned into one of the biggest jam bands touring today. Their special style of “electrofunk therapy” has found listeners at festivals all across the nation. Now on the road with their third album, Spafford is touring on into Tucson, while playing rock, funk, pop, reggae, jazz and anything else they'll think of on the spot. 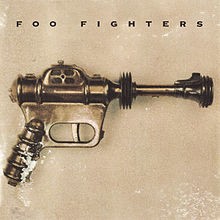 Probably have to go with the Foo Fighters self titled album. That was the first album that I sat down at a full professional quality kit and some studio headphones and really dissected the parts and every little fill and beat had to be exact or I would start the song over if I missed it. The first track, “This is a call” you could say was really the first song I learned on drums front to back and I knew that from that moment, I wanted to play music for a living. - Cameron

It’s the earliest cd I remember playing over and over again. 10 years old. I spent the summer of ‘95 spinning it in a grey Sony discman while I fished the river that went through my backyard of my childhood home. Never heard anything like it. This propelled me on my lifelong search to always find new music! Fun fact: we used to cover “Tomorrow” a long time ago. - Brian

There have been dozens of albums that have had a huge impact on me over the years - both as a musician and just as a fan of music in general. One of my favorite albums of all time is Little Feat’s Waiting For Columbus. The way the band gelled together, the song selection, and the fact that it’s live all just blow me away every time I listen to it! I remember the first time I heard it thinking “Whoa! You can do that?” I had never heard music like it before. It was really my first introduction to “jam bands”. I’ve been hooked ever since! - Red 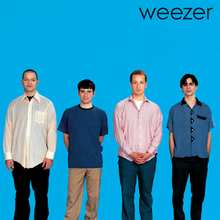 My family had recently moved back to Nashville from Michigan and I was starting 7th grade when I met my friend Joe. I grew up around church music and oldies 96.1, modern rock was undiscovered for me. One day after school we were hanging at Joe’s house, we listened to Nirvana. He let me try my best Dave Grohl impression to “In Bloom” on his drum set over and over while he clunked away at the guitar. I had never listened to Nirvana before, it changed me. We listened to a lot more music that day and in the days to come. When I left, he handed me a Disc Man, a pair of headphones, and the Blue Album by Weezer and said “Check this one out, I think you’ll like it.” I loved all the music we listened to that day but I spent the next 3 months listening to that Weezer album. I remember seeing the songs when I would listen to them, like I was being painted a picture of this person’s memories and pain and joy and goofiness. I was 11 years old and I remember being connected to feelings I knew I hadn’t had yet that I would probably experience one day. Not long after that I started writing my first songs. - Jordan

Counting Crows August and Everything After

In my mind, this album is a masterpiece. It’s been with me since I was about 9 and to this day, I listen through it about once a week. Adam Duritz’ genius is all over this, their first record. The honesty and heart in this music rocks me, today, the way it did when I was a kid - if not more. It changed me for sure. The words. The feel. It’s poetry. It’s rock. It introduced me to the sound of a mandolin in rock music. My first taste of the Hammond B3 sound as well. This is one of few albums in my life that continues to gain and carry more meaning with every listen. - Chuck