October 24, 2018
1 comment
The University of Arizona's Young Democrats hosted a get-out-the-vote rally to gain momentum for the AZ's gubernatorial candidate, David Garcia. Garcia was supported with speeches by fellow Democrats like Nina Turner, Rep. Raul Grijalva and Sen. Bernie Sanders. Among speeches covering education and immigration, the speakers emphasized how critical it is that young people turn out to vote. The mid-day rally was held on McKinley field on the UA mall and was hit with frequent rain showers throughout the event. Democrats still felt "the Bern", and coming together to huddle under umbrellas and campaign posters. 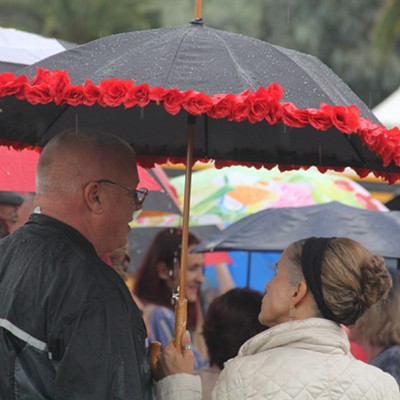