My Pick For Superintendent of Public Instruction: Kathy Hoffman 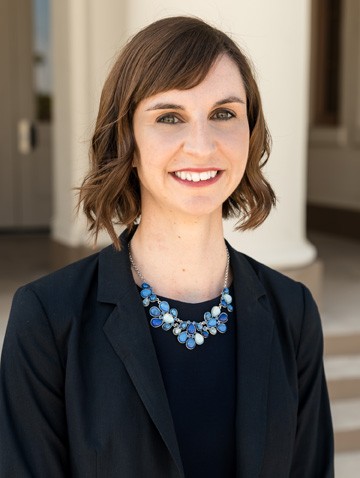 Kathy Hoffman and Frank Riggs are putting up a spirited fight to become our next Superintendent of Public Instruction. Their campaign websites are filled with educational plans and proposals, too many to list or discuss without getting so deep in the weeds, I'd never find my way out. The short version is, I like Hoffman's ideas far better than Riggs', but that doesn't tell you much.

So let's take another tack. Let's talk about hammers and nails.

No doubt you've heard the saying, "When you have a hammer, everything looks like a nail." Even if the hammer you're holding isn't the best, or the only tool for the job in front of you, you're going to try and find a way to use it. You know that hammer. You like that hammer. It's the first tool that comes to mind when you have a situation you have to deal with before you consider other options.

It's the same with the ideas you tend to favor. They are going to be readily at hand when you're looking for solutions to problems you have to deal with. You'll call on them before you consider alternatives. Likewise with your personal and professional experience. You're going to lean on what you know to guide you.

So let's look at the hammer —actually the hammers — Hoffman and Riggs have in their tool belts which they would tend to favor if they became our next education superintendent.

Kathy Hoffman knows public schools. She knows early childhood education. She works with students with disabilities. She speaks fluent Spanish and Japanese. She understands the value of being bilingual and the importance of bilingual education.

If Hoffman becomes superintendent, her first instinct will be to seek out public school solutions to problems or opportunities she faces. She's going to think about Spanish (and other language) speakers as well as English speakers. She's going to consider students who have to overcome problems to reach educational success. She'll consider whether early childhood education should be a part of the solution.

If Riggs becomes superintendent, he's going to lean on his fond memories of making money in the field of charter schools (at one point he made over $400,000 a year as part of the Charter Schools Development Corporation) and starting an online charter school. He's going to remember sponsoring the Charter School Expansion Act when he was a U.S. Congressman from California, and authoring a bill to use federal funding for vouchers. As a former police officer and deputy sheriff, he's going to think about law enforcement first when he considers school safety.

I want a superintendent like Kathy Hoffman who thinks about public, non-charter schools first. That's where 80 percent of our children go to school. Our public schools and school districts, for all their faults, are the bedrock of this country's education, and we weaken them at our peril. I want a superintendent who considers all of Arizona's students when making decisions, not just English speakers, not just high achievers.

Riggs likes to talk about his professional experience as a reason he should be superintendent. In a tweet, he touted his "proven record of executive, educational & legislative leadership built over a career & lifetime."

He has a point about having more executive experience than Hoffman. If he wins, he may be better equipped to make the educational trains run on time from his first days on the job — though both of them will need a whole lot of on-the-job training from the Department of Education staff they inherit.

But is bureaucratic expertise the most important qualification for the job? Consider two recent superintendents, John Huppenthal and Tom Horne. Both had legislative experience galore, and they may have been competent managers, but the marks they left on Arizona education were something else entirely. Horne began the disastrous English Immersion program which has harmed ELL students ever since. He also began the crusade against TUSD's Mexican American Studies program. When Huppenthal took the helm, he finished the MAS hatchet job, which resulted in dismantling the program. Years later, a U.S. Circuit Court Judge ruled Horne and Huppenthal's work against MAS was unconstitutional, both because it was the product of racial animus and because it was a violation of free speech rights. But the damage was already done.

Those two educational blunders are Horne and Huppenthal's legacy, not their legislative or management skills.

Our next superintendent will inevitably make decisions which will have an impact on our children far more consequential than any managerial or legislative experience they carry to the job. I want Kathy Hoffman making those decisions.