The Faces of Tucson Meet Yourself 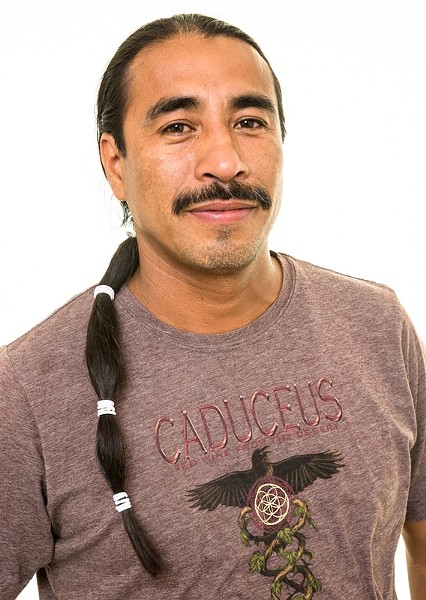 The Faces of the Festival segment of Tucson Meet Yourself documents the diversity of faces, ages and cultures that come together annually for the festival. Among the faces are a Buddhist monk, Latino musician, Native American pageant winner, and perhaps even you.

"One remarkable thing about Tucson Meet Yourself that not everyone knows is that the audience is as diverse as the participants,” Kimi Eisele, the communications director of the Southwest Folklife Alliance and organizer of Faces of the Festival said. “This is somewhat unusual in the world of folklife or cultural festivals.”

Professional photographer Steven Meckler started working with Tucson Meet Yourself several years ago to capture festival attendees, but the team did not start interviewing the “faces” until 2017.

“It’s a cultural event, but it’s always individuals that create a culture,” Meckler said. “So, we wanted to get to know a little more of the people there.”

Previously, the beautiful photos helped decorate offices, but a board member pushed for the project to be something developed on social media over the course of the year. Now, the Tucson Meet Yourself website has a section dedicated to Faces of the Festival, where it releases a new “face” more or less weekly, with a paragraph about the person.

“The project of documenting folklore is very much about learning who someone is,” Eisele said. “Not merely appreciating their look.”

Eisele said her favorite moments were when people let down their guard and showed more authentic and natural behavior.

“I like to wait for the extra story,” she said. “The thing that maybe doesn’t come out right away.”

Her favorite example of this was when she interviewed Young Miss Pascua Yaqui, a Native American pageant winner, last year. The girl, Pascuala, started talking about her culture, traditions and overall background, but after Eisele put down the recorder and explained the project to her father, Young Miss Pascua Yaqui realized she could talk about what she loved aside from her culture. Eisele proceeded to turn the recorder back on and listen to the girl talk about the cello and her love of classical music.

“To me, that was just such a powerful moment,” Eisele said. “Because she shared something unexpected about herself, something no one would ever know from just seeing her face."

Kit Estes was another “face” of the festival and few people would have filled the criteria better.

Estes’ feels like he belongs wherever there’s a festival. You can often find him freestyle dancing, letting himself loose and taking in the event atmosphere while going from stage to stage.

“This is one of the few of times where there is a great mass of people are all there to do things that actually give them joy,” he said. “I think it is one of the great things Tucson has going for it.”

Meckler will take Faces of the Festival photos on Saturday, Oct. 13 near City High School.