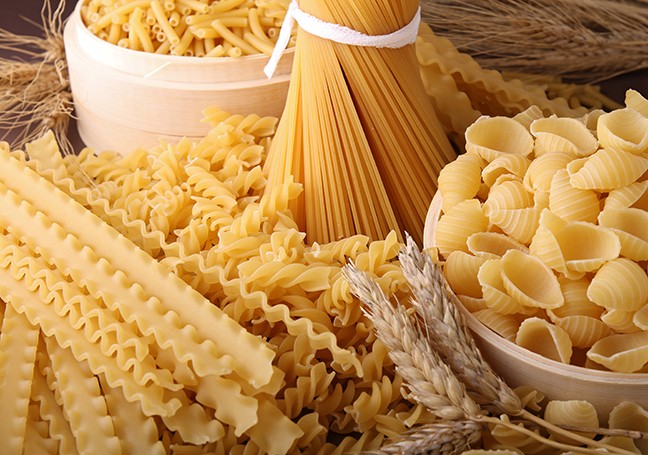 October is national pasta month! Celebrate national pasta month by learning a new recipe or eating a new kind of pasta. Pasta is that one food we all know and love. Not only does pasta fill you up, but it gives you a lot of nutrients as well. Pasta is healthy, being cholesterol free and low in sodium, it gives you energy with it being a complex carbohydrate and it’s inexpensive, all you need is a pot, stove and water.

1. According to the International Pasta Organization, more than 600 different shapes of pasta are produced around the world.

3. Italy produces over 3.3 million tons of pasta each year.

4. The first pasta factory in the U.S. was built in Brooklyn.

5. Most dried pastas are made with only two ingredients: a paste of flour and water.

6. People were fooled into thinking spaghetti grew on trees on April 1, 1957 when BBC aired a spoof documentary about spaghetti crops in Switzerland that showed farmers harvesting spaghetti from bushes.

7. Before machinery, workers would walk over large batches of dough to knead it.

8. The first record reports of people eating pasta came from China as early as 5,000 B.C., not Italy.

9. Evidence of pasta dishes appeared in Italian recipe books in the early 1200s.

10. After visiting Europe as an ambassador to France in 1789, Thomas Jefferson brought the first “macaroni” maker to America.