That’s the trek you have to tackle if you walk from Cananea to the town of Magdalena de Kino, both located in Sonora, Mexico. But Daniel Alejandro Martinez Miranda isn’t deterred by days of walking beneath the sun, or by the seemingly permanent blisters that speckle his feet. After all, he’s been doing this for years.

Martinez Miranda is one of thousands who flock to Magdalena each autumn to honor the city’s patron St. Francis Xavier. Each year, as October 4th approaches, the narrow streets fill with peregrinos — pilgrims, and families camp out in tents in the shade of the city’s plaza. Vendors line the streets, selling rosaries, sweet blocks of quince paste, and, oddly enough, a variety football memorabilia.

Some have traveled even farther than Martinez Miranda — from Guaymas, Nogales, and the San Xavier reservation just south of Tucson. And the usually-sleepy town of Magdalena pulsates with life.

Check out these photos from the trek this year: 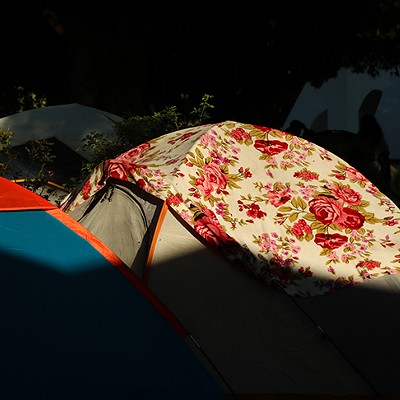