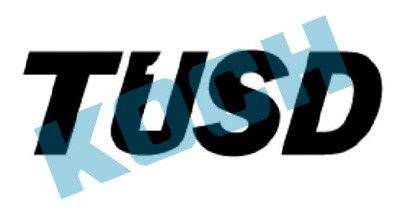 Stealth. That has been the watchword of the Koch brothers and their allies since they laid out their plan of attack on the country's political system some 40 years ago. Do all our work under cover of darkness, they decided. The other side won't know what hit them until it's too late.

True to its roots, the University of Arizona's Freedom Center, whose funders include the Kochs and members of the Koch network, prefers to avoid publicity whenever possible. It succeeded admirably when it managed to sneak the high school course, Phil 101: Ethics, Economy, and Entrepreneurship, into the TUSD curriculum. The school board had no idea the course was being taught at four of its district's high schools.

The course remained well below the TUSD board's radar throughout its first year, 2016-17, and into the second. That's when I got a tip about its existence and did some digging. In October I wrote about the course and its connections to the Freedom Center. Others in the media followed suit. The Freedom Center folks were not happy.

At a December meeting, the TUSD board decided to cancel the course at the end of the school year, though the members left the door open for putting it back into the curriculum at a later date. In July, the board took up the topic once again but tabled a vote on whether to reinstate the course. One reason was, the textbook, which was written by the same people who created the course, had not been properly authorized by the board.

Skip forward to the present. The district planned to have a 60 day public review of the textbook, which is standard operating procedure prior to authorization. The review was set to begin September 4, but the book's authors said they wouldn't allow the district to put a digital copy online, even though that's what most publishers do these days. That meant anyone wanting to take a look at the book had to go to a district office and sit there reading a hard copy.

TUSD responded by postponing the review until it can form a committee to evaluate the textbook.


The Freedom Center has opted once again for stealth over transparency. I'm left with two questions. First, why are the authors worried about the public reading the book and critiquing its contents? Second, why should a public school district — emphasis on the word "public" — consider using a course whose creators refuse to allow the public to take a close look at their work?

Ethics, Economy, and Entrepreneurship. That's the title of the course and the textbook. I get the "entrepreneurship" angle when it comes to keeping the book away from public scrutiny. Sometimes it's good business to hold some of your work close to the vest. But ethics? I have trouble understanding how denying the public the opportunity to take a close look at the way a public school textbook presents its subject matter can be considered ethical business practice.