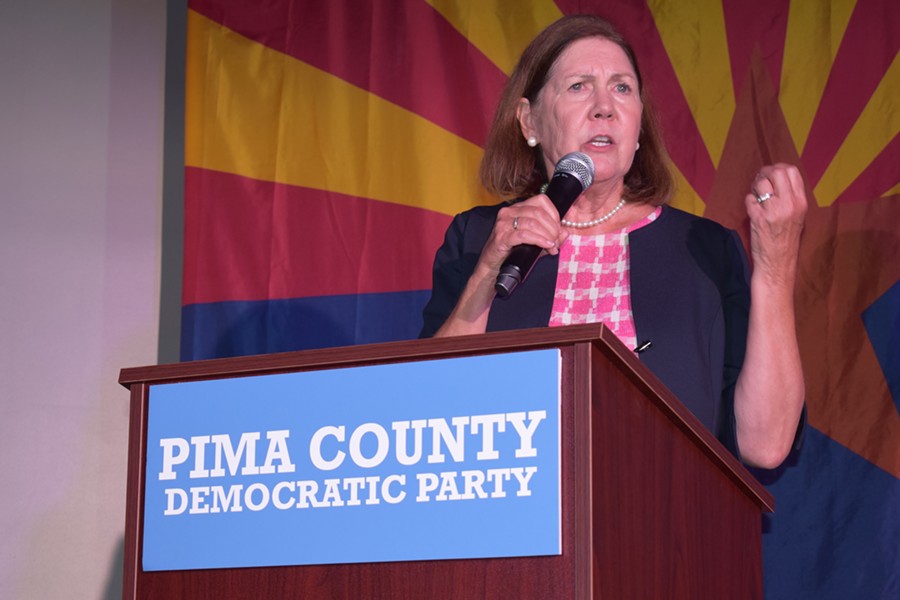 Ann Kirkpatrick is in the lead for Congressional District 2, beating out six other candidates. She took the stage at the Pima County Democrats election event to say she's ready for the general.

"We won this campaign because we were out there talking to people about a Washington D.C. that has completely gone off the rails."

She said she credits her hundreds of volunteers and great team for her pending win.

"We had energy from so many groups, especially women who met monthly, marched and made phone calls," she said. "We also had 35 young student volunteers. Two of them couldn’t even vote.”