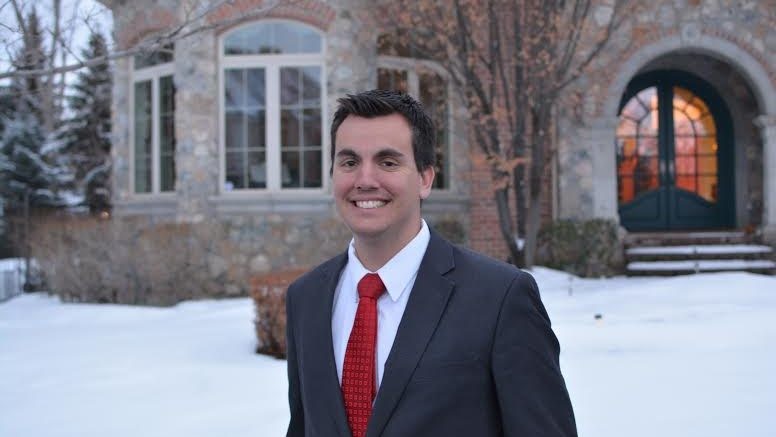 The road to realizing Scott Catt’s lifelong dream of becoming a basketball coach took him from the sunny agricultural hotspot of Marana to the newest country on Earth.

Catt, 30, realized his dream a year ago when he was picked to lead the national team for the South Sudan Basketball Association. The Marana native, who played two seasons with the Tigers from 2005-07, is a basketball fanatic.

Those who know him best, like longtime Tigers basketball coach Joe Acker, remember a much younger Catt showing up to the Tigers summer camps as a toddler.

Acker, who won 497 games over the course of his MHS career, from 1973-2004, remembers Catt’s lifelong obsession with the hardwood. A self-described father figure to Catt, Acker remembers how the youngster would absorb everything he could about the ins and outs of the sport.

“He’s like a sponge about learning and picking up things,” Acker said. “He’s been around me since he was a little kid. He would sit behind the bench from when he was a little kid all the way through high school. So, he kind of absorbed everything.”


Catt took the knowledge he gleaned from Acker after his high school career ended and embarked on a two-year religious mission in Compton and Long Beach, California, where he frequently played pickup games with newfound friends and colleagues. Catt had several opportunities to play once his mission concluded, but decided to attend Brigham Young University in Provo, Utah instead. He spent much of his time in Utah engrossed in the sport, volunteering at multiple high schools, including Brigham High School, the No. 1 team in Division 5A at the time.

Catt spent his weekends in college driving his car through the mountainous Wasatch region that runs from Ogden south to Orem—picking the minds of the best coaches he could find. He spent several years working in marketing and various other fields after graduating from BYU, but never shook his dream of one day coaching basketball at its highest level.

That quest led him back to Southern Arizona, where he volunteerd for longtime Mountain View coach Corey Duck before moving across town to help Dr. Kevin Corner at his alma mater.

Catt also ventured south of the border for a stint as an assistant coach in Mexico’s CIBACOPA Basketball League, gaining valuable insights on how the international game is played.

Those insights led him to throw his hat into the ring when the South Sudan Basketball Association was hiring its first coach last year.

Catt, who had never coached at a professional level, won the coaching lottery—gaining the opportunity to helm the men’s national team of a country that gained its independence in 2011.

Catt’s experience with players affected by the multi-generation diaspora from the African nation helped his cause, with references from college and professional players he’d helped train during his time in Utah.

“I remember, [the association] told me, ‘We’re looking for somebody young and fresh.’ And so, I went to the interview process,” Catt said. “The college coaches I interviewed against came in with résumés and I came in with a 10-point PowerPoint plan on how to build the South Sudan team, from an education standpoint, a humanitarian standpoint—with basketball being the catalyst for all of that. And then I got the job.”

Catt’s task once he got the job was no picnic: He was tasked with bringing together the best South Sudanese players, many of whom lived a world away from the African nation.

His first act was to hire the son of legendary South Sudanese basketball player Manute Bol, Madut, to be his right-hand man.

Bol, who played college basketball at Southern University in Louisiana, had more than a noteworthy surname to his credit. He knew who the best of the best basketball players were, and provided Catt instant credentials amongst the emigrant community.

For Bol, joining Catt’s staff was a no-brainer, given the 30-year-old’s commitment to the sport, and his excitement about using basketball as a way to build a nation.

“The first thing he is a very trusting person, he’s an all-around good person,” Bol said. “What else can I say? He knows a lot about basketball and he’s very caring and respectful to the other people and also the game. He knows what he wants to do for the country of South Sudan and for the kids.”

Catt’s 17-and-under boys’ squad is the first that he’ll coach in an official capacity, taking the squad to Buenos Aires, Argentina in October for the 2018 Youth Olympics.

His goal is to use that experience to attract more international players so they can contend for a spot in the 2020 and 2024 Summer Olympics, as well as any international competitions in-between. He believes his experience growing up in Marana, and the persona that organically grows from within when you’re a consummate underdog in sport translates to what the fledgling nation is dealing with.

“Growing up Marana, we were the underdog, we really kind of the outsiders in Tucson,” Catt said. “So, the idea of going to the South Sudan and represent their country and help them to grow this great basketball culture was an incredible opportunity. It feels kind of like a calling.”

Catt believes the team’s opportunity to compete on the international stage, sporting the pride of an entire nation each and every game, is what’s most special about the experience.

“I love the international game because the pride about being a champion, it’s about finding your way to the top and representing your nation,” Catt said. “So, for me, it meant everything to have the opportunity coach the South Sudanese team, because I’m all about the underdog.”

Both Bol and Amphitheater High School rising senior guard Jackson Ruai, who will play for Catt’s 17U team in Argentina, see the beauty of playing for their besieged homeland.

For Ruai, who was born in Alexandria, Egypt after his parents fled their home in South Sudan, playing under Catt means he has an opportunity to build a sense of fraternity with fellow refugees.

“It’s just a brotherhood,” he said. “Everybody on that team has been through something and when we all unite we have a good time. It means a lot to us to know that we can come together, and the game of basketball is bringing us together and providing us with this opportunity.”

For Bol, having the opportunity to carry on his family’s on-court legacy, while growing the game back home, is a dream come true. He said that he’s enjoying every part of the experience because he gets to learn about the lives of different kids from all over the world.

“It’s been a fun process for me, knowing that I can help these kids because I’ve been helped when I was younger,” Bol said. “I just want to give back as much as I can.”

Bol knows that his father, who passed away in 2010, would be proud of the work that he and Catt are undertaking, and that the future is bright for the program.

“I know he was big into bringing basketball back home, and you know we are coming up in the basketball world,” he said.

The goal for Catt and Bol is to grow the sport enough back home that they can eventually mix in South Sudanese players with those born in Australia, Canada, the United States and Europe.

They’re encouraged by the results they see when they holds an intra-squad scrimmage or practice with the team and stream it on Facebook or Twitter. Dozens of South Sudanese residents are tuning in and commenting on the games.

Their efforts in the program’s earliest stages will pay off down the road, and Catt expects to have fully-staffed boys, girls, men’s and women’s teams playing in international competition.

His tenure with the association is just getting started, but Catt is encouraged by the feedback he’s received from newfound friends half a world away.

“We have kids from villages with no shoes—they get a pair of shoes,” Catt said. “They find their way to a court where the basket’s barely on and they play. In fact, I get calls saying, ‘Coach, my basket, it fell over in a storm. We’re going to put it back up and get back to work’.”

Catt said he’s honored to have the opportunity to play his part in building a nation that he’s never stepped foot in (his three attempts have been scuttled by the United Nations). He believes the nation’s brightest days are ahead of them, both on the court and in daily life, and that his team can stoke pride in the hearts of South Sudanese natives around the world.

That’s the message, Catt said, that everyone has the same goals.

“We all have the same desire as well, the same wanting to succeed in whatever we do, and that’s really what this is all about,” he said. “I’m pretty honored to be able to give back to these communities throughout the world, and then also to South Sudan.”