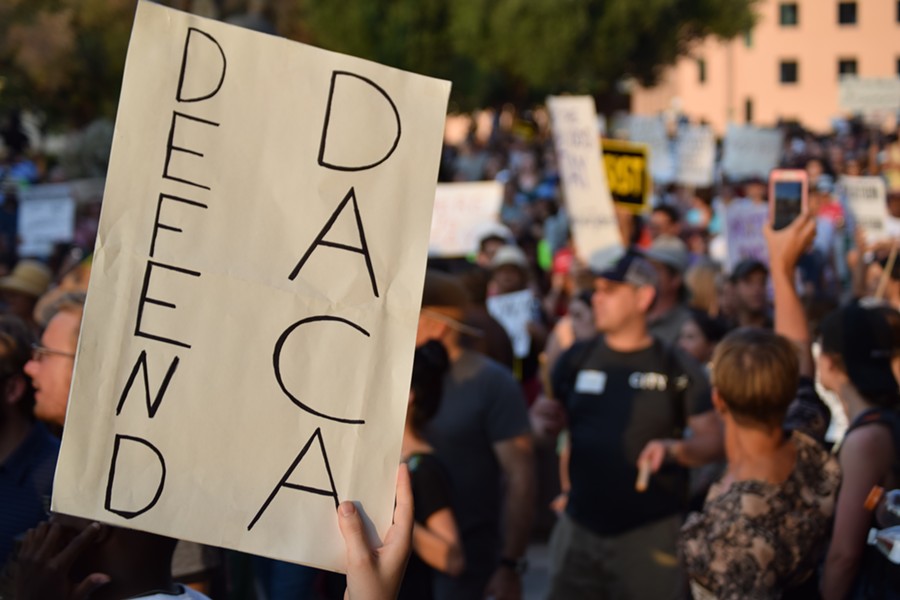 Less than a week after a court in Washington, D.C. ruled that the Trump administration didn't have the right to end Deferred Action for Childhood Arrivals, seven states filed a lawsuit to end the program that allows around 800,000 young people to work and live without fear of deportation.

Today, a federal court in Houston will consider the lawsuit brought by Texas, Alabama, Arkansas, Louisiana, Nebraska, South Carolina and West Virginia.  Judge Andrew Hanen, overseeing the case, is well known for blocking the Obama administration from expanding DACA in 2015.

The American Civil Liberties Union says it's possible Hanen could order the end to the program anytime after today's hearing. The ACLU also has some recommendations for DACA recipients and says such an order would conflict with the D.C. court and courts in other states, which ordered the federal government to continue renewing existing DACA cases:

To be clear, such an order would be wrong: Not only is the DACA program legal, but if the Texas court were to strike it down, its order would directly conflict with the orders issued by the California, New York, and Washington courts. If the government were subject to such conflicting orders, it would likely seek relief from the Supreme Court quickly, and no one knows for certain how the Supreme Court would rule.

Because of the possibility that the Texas court will issue an unfounded order that leads to faster Supreme Court review, we recommend that DACA recipients who are eligible for renewal submit their applications as soon as possible. If the DACA program is struck down, you could lose your application fee, but applying sooner increases the chance that you will be able to renew while the program is still available.