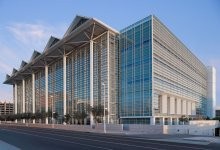 According to their article, Pacheco has been charged with 11 sex offenses after authorities accused him of sexually molesting at least eight unaccompanied immigrant boys who were housed in Casa Kokopelli over the past year. His trial is scheduled to begin on August 28.


"Casa Kokopelli was cited by the Arizona Department of Health Services in 2017 for failing to complete background checks, including fingerprinting, to ensure that employees hadn't previously committed sex offenses and other crimes, records show."


The story includes graphic detail of the alleged sexual crimes committed by Pacheco, who is HIV-positive, towards the eight immigrant boys. There is also information about other reports of sexual abuse that has occurred inside immigrant shelters. You can read it online here.