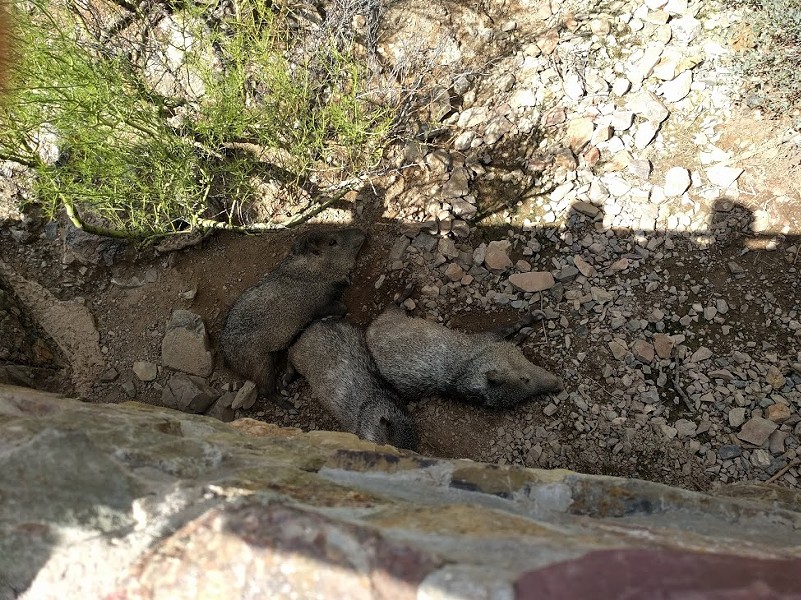 I was wearing a jacket when I stepped out of Tucson International Airport into the 95-degree May air. I’d thrown it on just hours before as I left Ohio for the summer to visit family and intern at Tucson Local Media. But one step out of the airport and I realized, “The rumors are true. It’s really hot here.” That jacket is currently sitting somewhere in the back of a closet, untouched since May.

Despite the unrelenting heat, however, the three months I’ve spent in Arizona have been productive, eventful, and most importantly, fun. Here I’ve compiled a list of 5 things that stood out as cool, so if you’re also new in town (UA freshman, perhaps???), maybe you can get something from it:

1. Sonoran hot dogs. During my first week here, my aunt asked if I had heard of Sonoran hot dogs. I hadn’t. As she explained the contents of this local delicacy, I wasn’t impressed. How can those ingredients go together? Bacon-wrapped hot dog? With mayonnaise and jalapeño? Sounds wrong. But one trip to El Güero Canelo made me a believer, and I’ve been back at least four times since. You have something special here; don’t take it for granted.

2. Javelina. They’re not pigs, I know, but the concept of nocturnal pigs that roam the streets eating trash is a funny idea for someone who hasn’t spent much time in the Southwest. The main reason I went to the Desert Museum was to finally catch a glimpse of these creatures, and they did not disappoint.

3. Mount Lemmon. Driving up the road to Mount Lemmon feels like traveling through a series of several biomes in an hour, although the lower temperatures at the top alone are enough to make the trip worth it. That’s not to discount the other perks of the mountain, such as citywide views, camping, trees and the resilient little community of Summerhaven.

4. Monsoons. Water is beautiful, and you guys don’t have enough of it down here. So when the monsoons finally hit, I found my running shoes and went for a nice jog in the rain. Now I can tell my friends back in Ohio that I ran in a monsoon, and they’ll think I’m talking about a hurricane or something. It’s also interesting to note that the “smell of rain” is distinctly different here than it is back east. Scents are difficult to describe in words, but the Arizona “smell of rain” is much stronger and more earthy (creosote bush, I am told).

5. Biosphere 2. As a research facility designed to imitate Earth itself, Biosphere 2 is, of course, breathtaking (it even has its own “lungs”). The science and engineering that went into this facility is mind-boggling, and its isolation on the opposite side of the Santa Catalina Mountains adds to its striking nature. If you haven’t been on a tour yet, I highly recommend it.

Extra: Frying an egg on the sidewalk. Just kidding. I tried and nothing happened.