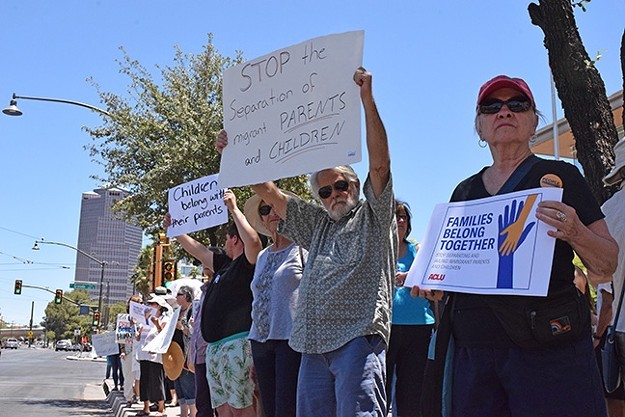 There are as many as 1,016 children between the ages of 5 to 17, separated from their parents at the U.S.-Mexico border, who have still not been reunited, according to Aug. 2 federal court filings. Some entered illegally, others at ports of entry. Most were seeking asylum after fleeing extreme violence and poverty in central America, much of which has been fueled by certain U.S. policies and demand for illegal drugs.

The court filing says that 444 children age 5 and over have been discharged from the Office of Refugee Resettlement for reasons including going to sponsors because their parents were not eligible for reunification, being reunified with their parents earlier in the process or the children turned 18.

Another 572 children age 5 and over are still in ORR care because the adult is either not eligible for reunification or "not available," 410 of whom are no longer in the U.S.

The Trump administration was ordered to reunite all the children involved in a lawsuit with the American Civil Liberties Union by July 26. In a court filing on Thursday, the government asked that the ACLU "use their considerable resources and their network of law firms, NGOs, volunteers, and others, together with the information that Defendants have provided (or will soon provide), to establish contact with possible class members in foreign countries."

"The government appears to be taking the remarkable position that it is the job of private entities to find these parents, and it can largely sit back and wait for us to tell them when we find people," said Lee Gelernt, deputy director of the ACLU's immigrants' Rights Project in a statement.

In the Southwest Key facility in Tucson, on July 13, there were 73 children still waiting to be reunited. Southwest Key representative Jeff Eller said in an email that any questions regarding reunification have to be answered by the ORR, the government agency in charge of the separated children's care and minors who arrive unaccompanied at the border.

The Department of Health and Human Services, which runs ORR, said they couldn't answer questions about what has happened to the children waiting to be reunified at Tucson's Southwest Key facility since July 13, but only that they have over 11,000 minors in their care.

"While we understand the interest in detailed breakdowns of this information, our mission has been and remains to provide every minor transferred to HHS, regardless of the circumstances, with quality and age-appropriate care and a speedy and safe release to a sponsor," read an emailed statement.