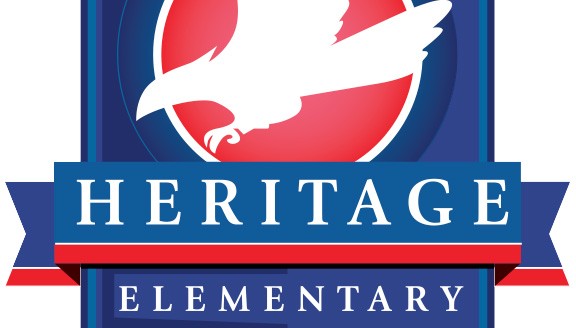 Two former teachers at Heritage Elementary Charter School in Glendale charged the school's principal and vice principal with sexual harassment. If the charges are true, the incidents go far beyond provocative language and unwanted contact. One of the former teachers said the principal raped her.

In a separate issue, twenty or more teachers who left Heritage Elementary at the end of the year said the school refused to pay them their merit pay bonuses because they left. The school acknowledged the claim, then reversed itself and paid the teachers.

These stories were covered in great detail by Arizona Republic's Craig Harris. I lean on his reporting for much of this post. Since they weren't covered in the southern Arizona press, I'm writing about them because they point to one of the major problems with Arizona's charters which goes beyond the specifics of the allegations: charters' lack of oversight or accountability.

The refusal to pay teachers their promised merit bonuses because they left, then the school's reversal, is reasonably straightforward. Apparently, the charter's original decision not to pay the bonuses was legal, though ethically questionable.

The sexual harassment charges, however, are very specific and troubling. I'm not going into the details here. If you want to learn more, read the Republic article. Basically, one teacher accused the principal, Justin Dye, of drugging her drink, then having sex with her while she was unconscious on two separate occasions. (More than a dozen female teachers who left at the end of the year said the principal either made inappropriate comments to them or had sex with them.) The other teacher says she had a relationship with the vice principal, and when she tried to end it, he retaliated professionally.

The point here isn't to generalize about charter schools or shame them. This kind of intense, illegal sexual aggression by the administrators is a rare occurrence in Arizona — or so I hope. But it's important to point out that because of the structure of charter school boards and policies about reporting harassment, it's more likely for employees to feel they have no safe, reliable ways of reporting problems at a charter than at a district school.

Unlike school districts, charter school boards are appointed, not voted into their positions. They often have a cozy relationship with the charter holder and school administrators. An employee who has been sexually harassed or otherwise mistreated can find it difficult to report the incidents and have them dealt with fairly. School districts have human resource departments as well as independently elected board members, which means employees with complaints have more options and a greater chance of finding someone who will take their allegations seriously and investigate them.

A former vice principal at Heritage Elementary says she knows the school superintendent, Jackie Trujillo, was informed that the principal was in sexual relationships and/or was sexually harassing staff. Nothing was done with the information at the time. That's a very serious allegation.

Heritage Elementary is one of seven charter schools which were opened by Raena Janes, who lives in Tucson. She is the charter holder for the schools. Two are Heritage Elementary schools in Glendale. Two are Liberty Traditional Charter schools in Phoenix. Three are La Paloma Academies in Tucson. Jackie Trujillo is the superintendent for all the schools.

Raena Janes, the charter holder, is also a realtor, and she runs Apex Charter Services, the Charter Management Organization for the schools. The 2013 and 2014 income tax returns for the three school groups (the most recent available online) indicate they paid Apex a total of $2 million a year. Janes is also listed as earning a $80,000 salary at each of the three school groups.

It may be that Janes is deserving of all the honors bestowed on her. I'll withhold judgement on how deserving she is until we learn if she had any prior knowledge of the sexual harassment at Heritage Elementary, and we see how she handles the current situation. At this point, there is no reporting about similar problems at any of her other charters.

Justin Dye, the Heritage Elementary principal who was accused by a teacher of sedating and raping her, has a number of school-related financial interests. He operates the school's transportation service, the before and after school day care program and the school's vending machines. However, the state's public records law doesn't require him to report his charter-related side businesses.

A wide assortment of people and organizations around the state are calling for more charter school oversight and accountability. That includes all six candidates for Superintendent of Public Instruction, two Democrats and four Republicans. The Heritage Elementary situation is a glaring example of why greater charter accountability is mandatory.