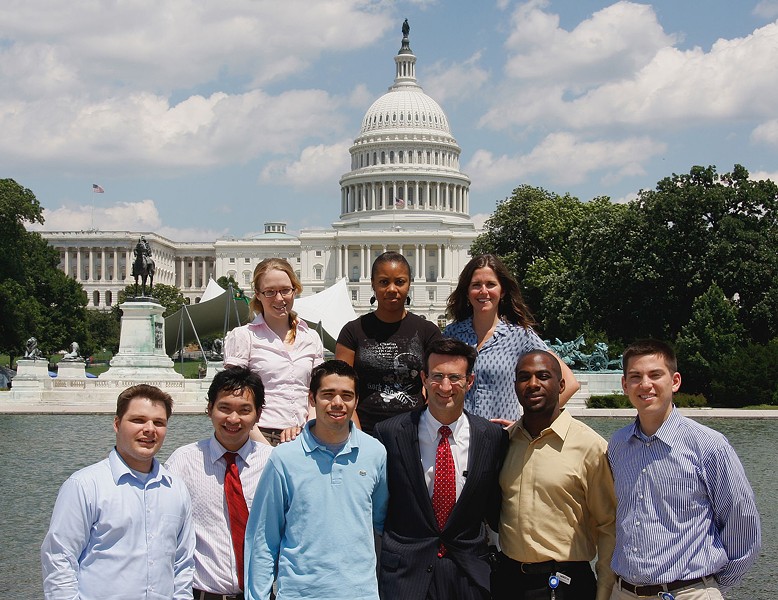 Here's one of those posts where I show I can be genuinely fair and balanced (to a degree). I'm heaping praise on the Walmart Foundation for funding the Emerging Leaders Internship Program to cover living costs and expenses of Black and Latino congressional interns who don't have the money to pay for their living expenses. The Foundation is splitting $2 million between the Congressional Black Caucus Foundation and the Congressional Hispanic Caucus Institute who administer the programs.


“A lot of our young and promising talent really don’t come, perhaps, from backgrounds that could afford to send them to D.C.,” said Anne-Marie Burton, vice president of programs at the Congressional Black Caucus Foundation, which picked 50 interns for this year’s summer cohort out of about 500 applicants. “So we use [grant] money to pay for their housing. We give them a biweekly stipend, we also provide professional-development training for an entire week.”

In a statement during Tuesday's announcement, Rep. Joaquín Castro, D-Texas, chairman of the Congressional Hispanic Caucus Institute, said the grant will support the institute’s mission “to address underrepresentation of Latinos on Capitol Hill by providing transformative experiences and the critical skills needed to embark on careers in public service.”

Walmart did a very good thing by giving some worthy young people a potentially life-changing opportunity they wouldn't have had otherwise.