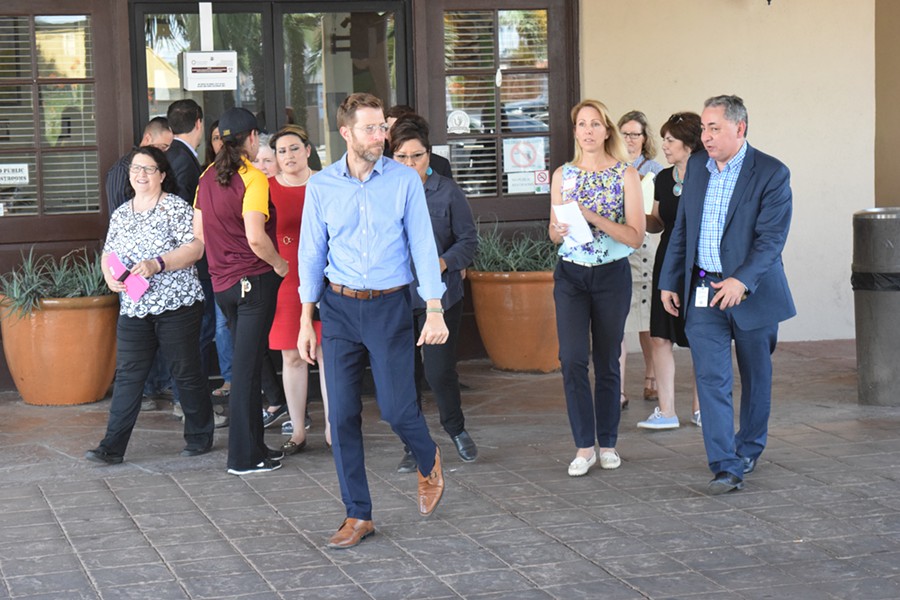 Sixteen state lawmakers toured the Tucson center holding immigrant children, Southwest Key, on July 13—three days after the federal government’s deadline to reconnect children under 5 years of age with their parents.
The facility currently holds 294 children, between the ages of 5 and 17, of which 73 were separated from their families at the border since the announcement of Donald Trump’s zero-tolerance policy.

There are case managers and medical staff on site. Children meet weekly with one of the facility’s 21 behavioral counselors, most of whom have master’s degrees but are not certified.
“They look like they’re safely cared for, and I think these people really do care—the people in this facility care,” Rep. Butler said. “There’s higher-level problems about, and any time we’re not being given transparent access, that makes me concerned.”