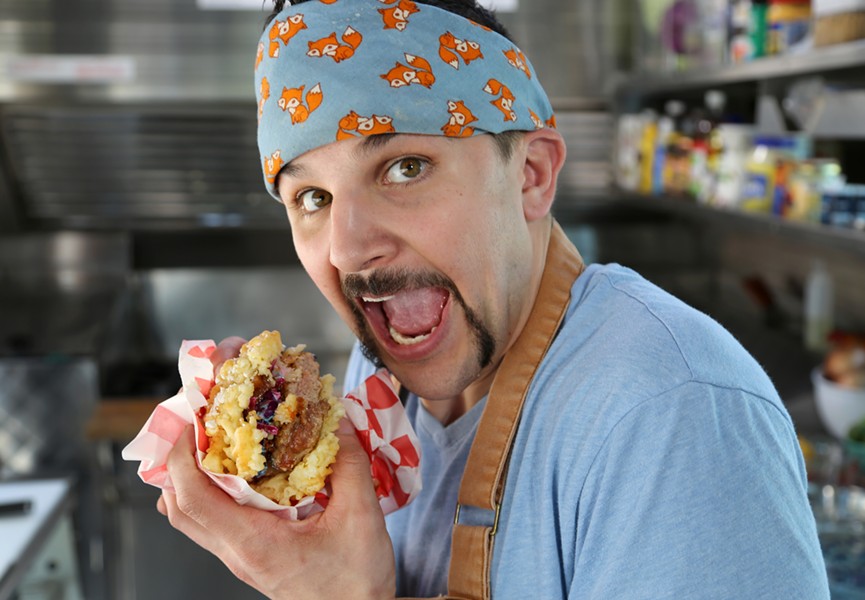 Fair food takes center stage in a new television show that pits a Michelin-starred chef against revered carnival chefs around the country, and the show’s premiere is set in none other than Tucson. Chef Richie Farina heads to the Pima County Fair in the first episode of “Carnival Kings,” a new Cooking Channel series. There, he dukes it out with Dominic Palmieri in a cook-off judged by carnival-goers. The challenge? In 24 hours, Farina must put his own spin on a dish created by Palmieri to see if he can wow the crowd. So what’s he working with? Farina must top Palmieri’s bacon-wrapped duck sliders, decked out with flaming hot Cheetos, and caramel apple slaw. Tucson also is featured in another episode of the show. Also at the Pima County Fair, Farina faces off with Texas Steak Out’s Nate Janousek and his deep-fried nachos supreme. The show features eight half-hour episodes set across the country. For more information about the show and recipes (so you can make your own carnival creations at home), visit the Cooking Channel website. The show premieres at 6 p.m. Thursday, July 12 on the Cooking Channel. Tucson’s second appearance is 6 p.m. Thursday, July 26.