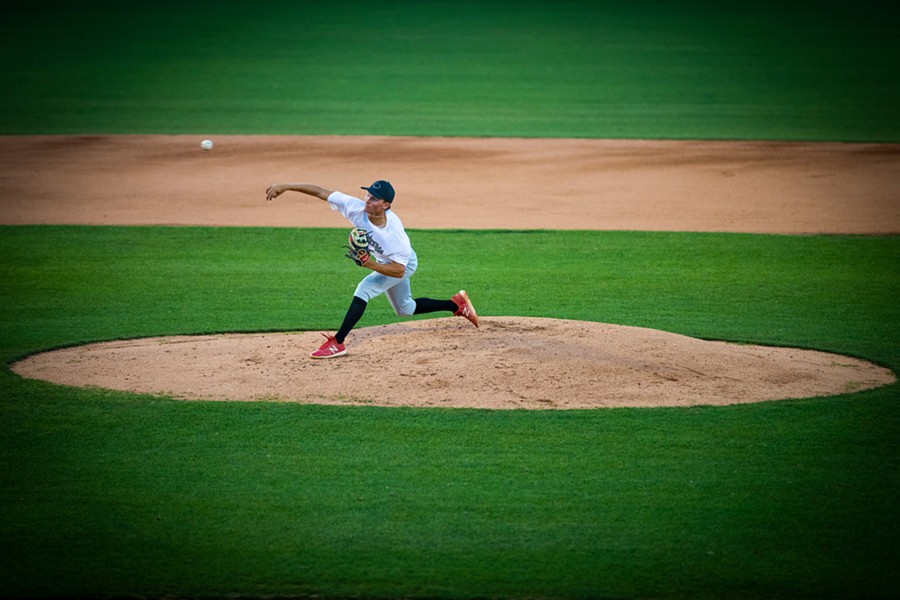 What could be better than spending a mid-summer's night under the florescent glow of stadium lights in the Old Pueblo?

If any of the above tickles your twine, then you're in luck, as the Sun Belt College Baseball League is returning to Tucson.

The league, which consists of eight teams, comprised of recently graduated high school players and college stars from Southern Arizona and other parts of the country, plays under the lights of Kino Veterans Memorial Stadium (2500 E. Ajo Way) between now and July 4.

This year's league includes six teams of Tucson and Southern Arizona players, as well as a squad from Boulder, Colorado and Mexico—starting on Thursday, June 14 through Wednesday, July 4.

Admission to the Tucson festivities is $5 for adults (cash only) and free for kids 12 and under, with free parking for all games.

Attendees can reap the gut-busting benefits of $1 hot dogs on Tuesdays and half-off sodas and popcorn on Thursdays, with appearances by fan favorites Woody the Woodpecker and Daffy Duck every Thursday through Saturday night.

The Sun Belt season crescendoes with the third annual Fourth of July Diamonds in the Sky Celebration at 5 p.m., which includes an all-star game featuring league players, as well as a convert by Rhythm Edition and postgame fireworks.

Tickets for the year-end celebration are $4 in advance for adults (free for kids 5 and under), with tickets going on sale on June 18, with advance ticket purchases covering parking costs.