The Weekly Take: Alex Ovechkin and the Washington Capitals Redeem a Sportswriter’s Faith in Sports 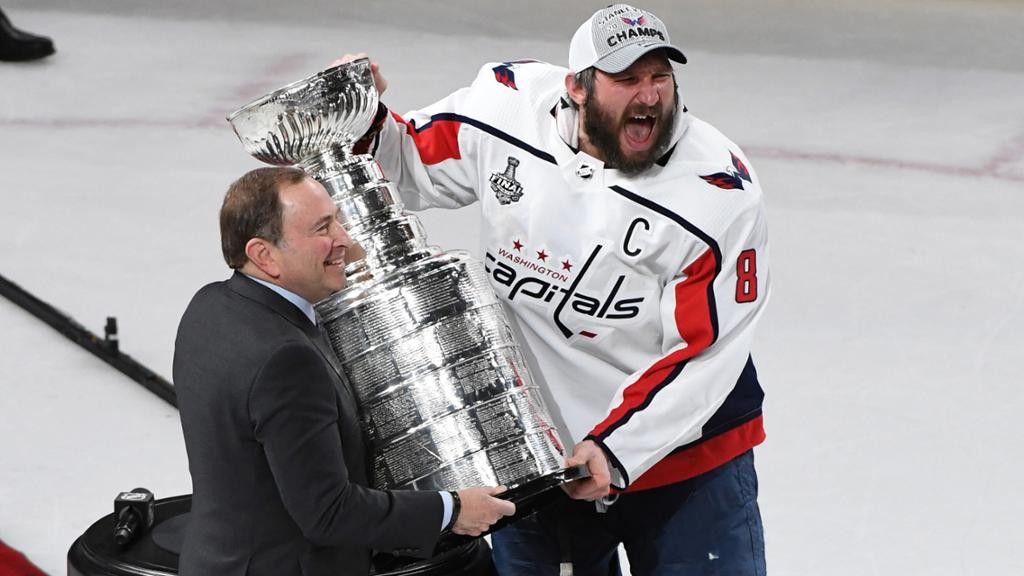 A lifetime of figurative gut-punches and premature playoff exits came to an end late Thursday night in Sin City.

I’m talking about the five-game Stanley Cup championship earned by the tough-luck Washington Capitals—who rolled over the Las Vegas Knights in the National Hockey League’s Stanley Cup Final, four games to one.

It was a night I’d long waited to witness, growing up in the D.C. suburbs to a mother born at George Washington Hospital, mere steps from Capitol Hill.

It was a night to shed two-plus decades of playoff scar tissue, after a seemingly endless reign of playoff failure—including three-straight defeats at the hands of the Pittsburgh Penguins in the second round of the playoffs.

This year was different, thanks to a cast of Capitals players that many couldn’t ID with a gun pressed against their temples.

It was the exploits of castaways, like Devante Smith-Pelly—a 25-year-old journeyman forward who was cut by the Montreal Canadians and New Jersey Devils in successive seasons.
Smith-Pelly dazzled this postseason, scoring as many goals (7) in 24 playoff games as he did in 75 regular season contests.

The Ontario native capped off his remarkable postseason with a highlight reel goal in the third period of Thursday’s slugfest—shimmying past a Knights’ defender to get a net-rippling shot past goalie Marc-Andre Fleury.

That goal, which tied the game at 3, gave the Capitals the energy they needed to launch a late-game offensive.

The chance, which wound up being the straw that broke the Knights back, involved a shot by teammate Brett Connolly, which Fleury stopped.

That shot somehow squirmed past the veteran goalie’s pads, resting behind him—mere feet away from Eller.


Eller proceeded to scoop the chunk of vulcanized rubber, throwing it into the back of the net for what would be the game-winning goal.

The proceeding nine-and-a-half minutes of game action were a blur of high velocity hits and high stakes drama.

Dynamo goalie Braden Holtby, who made 142 saves on 155 shots for the Capitals in the five-game series, stood firm in the championship-deciding contest.

Holtby turned away the Knights’ last-ditch flurry of shots, preserving a moment in D.C. sports history many will never forget.

His exploits between the pipes, in combination with the actions of stalwarts like Russian forward Alex Ovechkin, earned Washington its first title in the franchise’s 44-year existence.

Ovechkin, a surefire Hall of Famer who’s scored 607 goals in his 13-year career, summed up the significance of the team’s long-awaited championship to ESPN postgame.

The gray-haired Russian, when asked what it felt like to life the 34.5-pound trophy, uncorked a line that won’t soon be forgotten.

His heroics in a series-and-franchise-defining victory won’t soon be forgotten, scoring five goals in the series—while throwing his oversized arms to the sky with childlike enthusiasm each time his teammates scored.

Perhaps the defining memory for all involved from Thursday will be the shot of Ovechkin and a small group of his teammates grasping each other in sheer happiness as the seconds drained off the clock.

That image, in combination with the montage of Ovechkin and fellow Washington stalwarts like Swede Nickolas Backstrom and American defenseman John Carlson hauling the oversized trophy around for an on-rink victory lap, won’t soon dissipate from the memory banks of D.C. sports fans.

The primal screams of a fanbase bruised and battered by 30-plus years of playoff failure could be heard nationwide.

Washington, long considered a hub of grift and grime, finally has a champion to call its own, and a 24-game playoff run that will echo through the city Pierre Charles L’Enfant designed in 1791 for decades to come.