A Look Back At the N.R.A 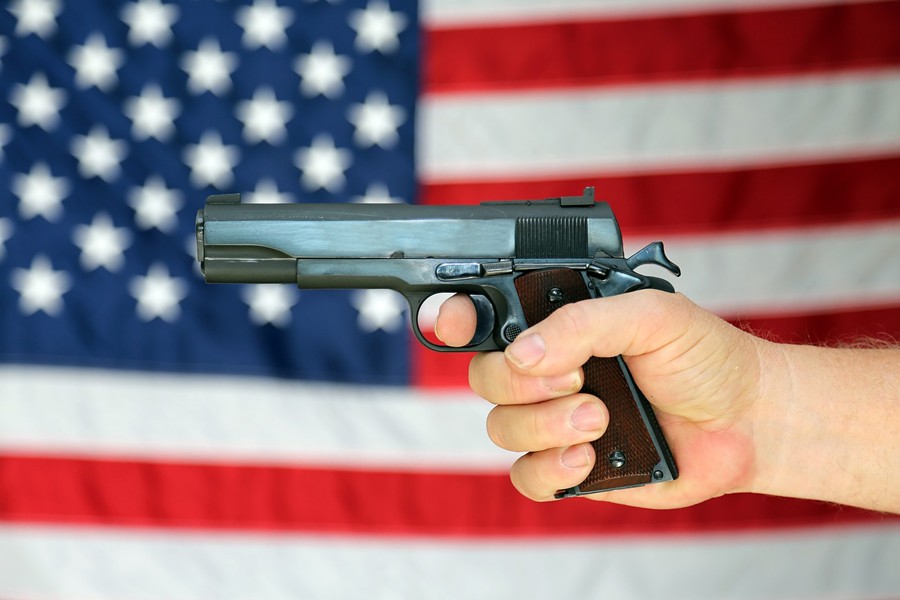 George H. W. Bush was a Life Member of the N.R.A. until 1995, when he sent an angry letter to the Association and quit. It was two weeks after the Oklahoma City bombing, and the N.R.A was standing by Wayne LaPierre's statement that federal agents are "jack-booted thugs," going on to call them “federal agents wearing Nazi bucket helmets and black stormtrooper uniforms.” In the letter Bush talked about specific federal agents, some of whom died in the bombing. He said these men were no Nazis.


"I am a gun owner and an avid hunter. Over the years I have agreed with most of N.R.A.’s objectives, particularly your educational and training efforts, and your fundamental stance in favor of owning guns."

Bush made it sound like the N.R.A was a good ol' association gone bad. But when we go back to the 60s and look at the way it fought gun regulation, it looks more like a bad ol' organization gone worse.

It was 1968. Martin Luther King Jr. had been shot and killed. Nine weeks later, it was Bobby Kennedy's turn. President Lyndon Johnson decided, if there was ever a moment to pass his Gun Control Act, this was it.

An article in the New York Times describes the events. To that point, the country's high rate of gun violence wasn't enough to prod Congress to pass gun regulation. California was one of the few states to pass gun control measures, but it wasn't because of the violence. The legislature was reacting to the sight of Black Panthers on patrol, carrying loaded rifles.

The mood in Congress changed after the King assassination.


The King assassination spurred the legislation not just because it horrified the nation, but also because it prompted unrest across the country, including in Washington, where lawmakers watched rioters come within blocks of the White House as thousands of federal troops were mobilized.

After Bobby Kennedy's assassination, Congress made a small change in the law, raising the age when people could buy handguns to 21.


Mr. Johnson wanted something far more sweeping. He proposed to treat guns like cars: They would be registered and their owners would be licensed.

Johnson knew he had no more than two weeks to get the bill through Congress or "the N.R.A. will kill us." Which is exactly what happened.

[The N.R.A] flooded its members with sky-is-falling warnings about the government taking away gun rights, and urged them to hound lawmakers. In a letter to 900,000 N.R.A. members in June 1968, the organization’s president, Harold W. Glassen, said that the “right of sportsmen” to lawfully own and use firearms was “in the greatest jeopardy in the history of our country.”


Part of Johnson's legislation made it into law, but only after it was stripped of the licensing and registration provisions. What passed is the basis for today's gun laws.


[T]riumphant pro-gun forces announced it was now legislation they could “live with.”

To which Representative Charles S. Joelson, Democrat of New Jersey, responded: “I suggest that tens of thousands of Americans can die with it.”

The times have changed, but the N.R.A.'s song remains the same, with a verse about jack-booted thugs thrown in.