The Red and the Black 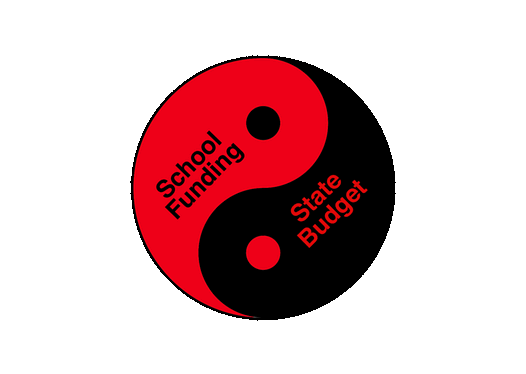 We may have one thing to thank Trump for—if our democracy survives his presidency, that is. Protests have seen a resurgence in numbers, frequency and intensity since he's been in office. Even if they're not all about the Trump agenda, the anger and anxiety he fuels on a daily basis is finding outlets in a variety of important causes.

We've seen massive Women's Marches and other anti-Trump demonstrations. Women voters may lead the way to flipping the Congressional balance of power from R to D. The nationwide student movement against gun violence is accelerating. It looks like it has the legs to stick around. Our young people may lead the rest of us to some common sense gun regulation—not as much as we need, but some.

And now teachers are hitting the streets demanding much-deserved salary increases. Arizona's teachers are gaining national attention with their #RedforEd movement, which follows a successful teacher strike in West Virginia and coincides with strike rumblings in Oklahoma. Wednesday's sick-outs closed schools and brought teachers to the Capitol demanding a raise to get them out of the salary cellar. Ol' Doug "HalfPercentForTeachers" Ducey must be feeling a wee bit uncomfortable these days.

West Virginia teachers demanded a 5 percent raise, and they got it. But the part of the story which has gotten less attention is that the raise will cost $20 million the state doesn't have. The Republican Senate Finance Committee Chair threatened that some of the money will come out of Medicaid, maybe in an attempt to turn public opinion against the teachers, maybe because he doesn't like health care for low income people. The governor says no, it'll come out of other parts to the budget. But it has to come from somewhere. Oklahoma is in the same situation. It doesn't have the money for teacher raises unless it shorts other parts of the budget.

And there's the rub. Raising teacher salaries by 5 percent—in the neighborhood of $2,200 per teacher, which is really the minimum our teachers deserve—takes serious money. In Arizona, which has a much larger population than West Virginia, the bill comes to about $150 million, and that's only a portion of billion a year Arizona schools need just to get even with 2008 levels.

Arizona's state budget would go deep in the red if the state tried to meet #RedForEd's reasonable salary demands and address our other education needs. For the budget to stay in the black and boost education spending, we need to add serious money to our state coffers. That will require new revenue streams.

But what are "the education governor" and his Republican allies pushing for?  A capital gains tax cut. Over 60 precent of the money will go to people with incomes over $200,000. If you're one of the 180 Arizonans making more than $5 million, you stand to see an extra $27,000 a year. That's money the state needs for education, not to mention all the other underfunded programs. Instead, Republicans plan to give it away to the people who need it least.

Ducey is trying to play small ball with funding increases and pretend he's a big league supporter of public education. The few bones he's willing to throw to schools are better than nothing, but not by much. The entire taxing/funding dynamic has to change if things are going to get better.

Every state politician needs to be asked three questions by the voters:
(1) "Do you think our schools need more money?"
(2) "If so, how much more do they need?"
(3) "Where will the state get the money to pay for the increase?"

If the answers are unsatisfactory, pro-education voters should cross those candidates off their list.

Maybe Arizona women will follow the national trend and turn the tide in 2018. Along with energized students. And other education supporters who ask candidates the right questions and listen for the right answers. If pro-education voters show up in sufficient numbers in November, we could be a step closer to having a state government that cares more about schools than corporations and the wealthiest Arizonans who aren't willing to pay their fair share without a fight.