Our Future is Marching: Local Students Call for an End to Gun Violence

Slideshow Our Future is Marching: Local Students Call for an End to Gun Violence 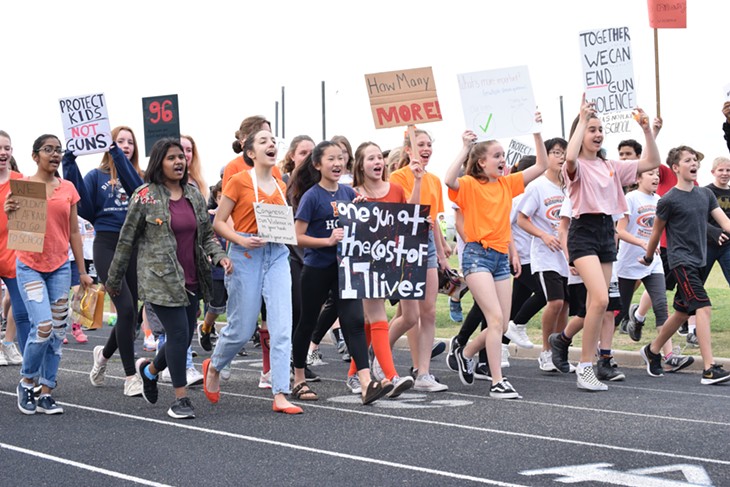 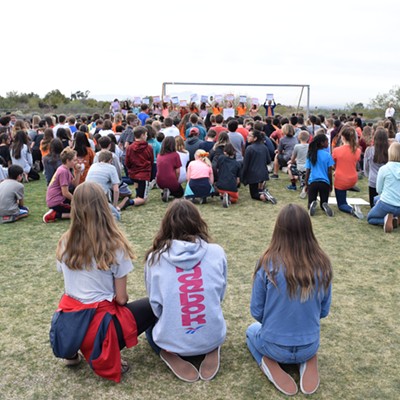 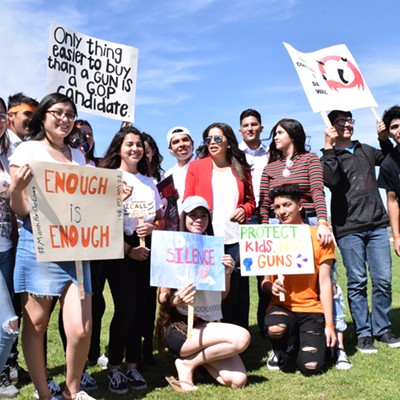 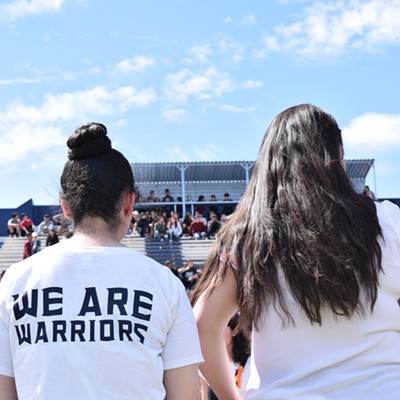 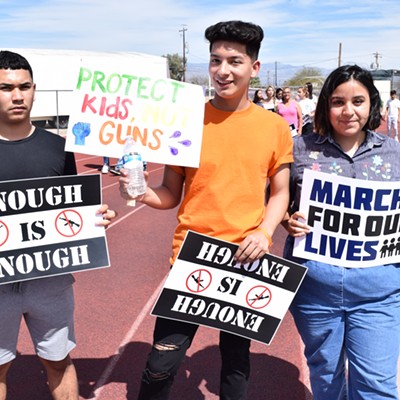 Our Future is Marching: Local Students Call for an End to Gun Violence
By Danyelle Khmara
Click to View 17 slides


If the wave of pro gun-regulation youngsters is any indication of what the U.S. electorate will look like in one to five years, the NRA is in trouble.

Across the nation, students protested gun violence on National School Walkout Day—the one month anniversary of the Marjory Stoneman Douglas school shooting in Parkland, Florida. And in Pima County, many student bodies held “walk-ins” and assemblies where they boldly and unequivocally called for Congress to act on their behalf.

Leadership across six public school districts in Pima County counted 22 high schools and 23 middle schools with a student-led event to call for change and remember the 17 lives lost in Parkland. That’s not counting charter and private schools or the Tanque Verde, Vail and Sahuarita districts, who couldn’t be reached for a count.

Students at the Canyon Del Oro High School held a walk-in to their football fields at 10 a.m.—the time that students held 17 minutes of silence nationwide, for the 17 lives lost at the Florida school shooting.

The walk-out was organized by student leaders who were clear that the walkout was not about gun control, but a call to Congress and local leaders to act on behalf of students to stop mass shootings in schools.

One of the student organizers, junior Rebecca Shanks, said it doesn’t matter what a student’s opinion is on how to fix the problem, what matters is that you speak up.

“It’s really important that students are getting a voice and being heard by adults,” Shanks said. “We are fed up by gun violence, and we want something done about it.”

Students at BASIS North held a 17-minute vigil, at 10 a.m., for the people killed in Parkland, Florida. At the beginning of each minute, someone spoke about each victims. Public officials spoke about the importance of common-sense gun reform, like Victoria Steele, former state lawmaker and current candidate for Arizona State Senate.

Steele has played a part in a number of regulatory firearm bills in the State House, which she says never even get a hearing. She says the youth today are sending a message to Republican leadership in Arizona that if they don’t start listening, they’ll be replaced.

“They are the power. They are our hope right now—these kids,” Steele said in an interview about the wave of student activists. “I don’t want them to think for a minute that because they’re young and they don’t vote that they don’t have the power.”

Junior Corazón Núñez is turning 18 this year and will vote for the first time in the mid-term elections. She says common-sense gun regulation is one of the issues she’ll base her votes on.

“This is a priority for myself and many of us,” she says. “I will definitely be looking at NRA endorsements…. I want to know that Representatives care about their constituents and not the NRA.”

At Orange Grove Middle School more than 500 students marched around their football field,chanting and holding signs calling for gun regulation and an end to gun violence. The march was organized by a group of five 14- and 13-year-old girls. All wearing orange—a color adopted to represent resistance to gun violence—they literally finish each others’ sentences.

They were in awe by the numbers of students who showed up to take part in the march.

“I couldn’t even say anything because of how amazing it was,” said student leader, 14-year-old Simone Gelety.

Organizer and Student Council Member 13-year-old Naomi Holtzman said it’s amazing how their protest “was nothing and suddenly it became everything.”

About a dozen kids on the march chanted “Guns save lives” and held anti-regulation signs that, among other things, compared regulating guns to banning cars (of course, cars are regulated and studied extensively on how to make safer). The girls organizing the march say some of their best friends are against gun regulation, and they’re fine with others having differing opinions.

Student leaders ended the march by standing in front of their peers. They held signs with the names of those killed in the Florida shooting high above their heads. The students kneeled before them and they held a moment of silence.

At Pueblo Magnet High School, students filled the bleachers for a moment of silence and to hear their peers give compelling speeches about ending gun violence.

“We have grown to fear coming to school, thinking that maybe today will be the day that changes our lives forever,” said senior Emily Gastelum. “In this past month we have seen a lot of action, action from people like us. Student are leading this. Students like you and me are paving the way for the future. You have a voice. You have something to contribute no matter how young. No matter your race. No matter your gender.”

At the close of the assembly, students set up had tables where teens, already or about to be 18, could register to vote.

“In the words of Elie Wiesel, ‘What hurts the victim the most is not the cruelty of the oppressor but the silence of the bystander.’ And today, we are not silent,” Gastelum said to hundreds of her peers. “Today our voices as children and students are shaking this nation. Today and forever we have power. Together we can make the future in our image—our beautiful, colorful, powerful image.”