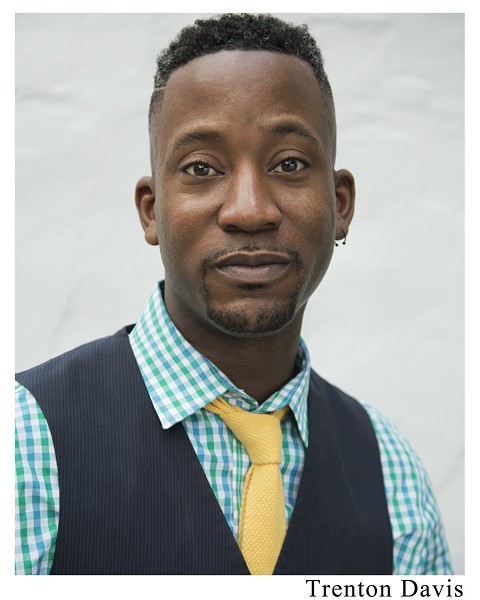 Can comedy fans give up vicarious ghetto life and the spotlight earned by their own awkward grip on multiculturalism? Would comics of color let ever resist the abundant comedy fruit of the dominant culture’s heedless racism?

Heck if I know. I’m as big a sucker for all that as the next guy, but the current wilderness in our concept of race makes it seem worth asking.

Gary Bynum, owner of Laff’s Comedy Café, stresses just one criterion: Is it funny? Since Trenton Davis is headlining four shows at Laff’s on March 16 and 17, let’s just go with that. Davis is hella funny. And so is his opener, Lyall Behrens, a social critic with exceptional chops in celebrity impressions.

Born in North Carolina, Davis has logged well over 10,000 hours of standup in 45 U.S. clubs. His TV credits include The Real, Laughs on Fox and Bar Rescue. He finished second in the San Diego Comedy Festival, first in the Sacramento and Seattle International comedy festivals and was a finalist in the NBC Standup for Diversity program. He also writes ads for Beats by Dr. Dre.

Davis’ biography stresses that he grew up in a two-parent household — good to know if you were hoping for single-mom-in-the-ghetto jokes. His first gig was a fraternity prank, but it was such a hit he started hosting shows at his church.

In a revealing interview for the 2013 Seattle International Comedy Festival, Davis tells how he committed to comedy ten year ago, after a long hiatus from dabbling in it. “I went to the Ice House to watch a show. . .I watched how this comedian had the crowd in his hands; how he was bringing everyone laughter and, I swear. God spoke to me, ‘Trenton why are you not on stage?’ Since then there aren’t more than 5 days I’m not on some stage, making people laugh.”

In the same interview, Davis describes his act. “I (take) audiences on a journey. I introduce myself, tell them who I am, where I’m from, and then after they get comfortable, I tell them the crazy things that go through my head, how insecure I am, and why I have trouble when it comes to relationships.”

Retro Game Show is Back!