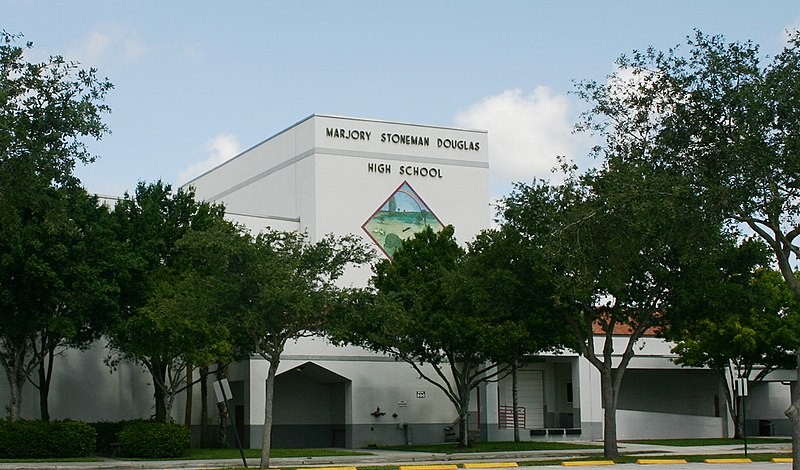 I felt like a nervous coach watching his gymnasts perform on the balance beam as I listened to the students from Marjory Stoneman Douglas High talking with the press. They're going to lose their balance. They're going to fall on their faces. They're going to humiliate themselves in front of a national audience. I almost couldn't watch. I was ready to turn the channel if things got too bad.

With relief and a strange feeling of pride, I watched these young people remain amazingly poised and well spoken under the most difficult of circumstances. Sure, some of them stumbled a bit, spoke awkwardly now and then, lost the thread of what they were saying. But that happens to lots of non-professionals when they have a camera stuck in their faces and are asked to bare their emotions at the same time they have to talk about complex issues. The Parkland students haven't just held it together. They've shone. They've pointed the way for the rest of us.

I'm an old high school teacher. I know what kids that age can do. But these folks exceeded my expectations.

The students deserve all the credit in the world, but we should reserve a little extra credit for their schools and teachers as well. The students have been educated in the skills they demonstrated to the nation.

Take David Hogg, a young man who seemed so self confident and practiced, it made sense he was singled out by the right wingnuts as a "crisis actor" flown into the school by the anti-gun crowd to pretend he was a student. He's the student director of the school's broadcast journalism program, WMSD-TV. While he was hiding inside a closet with other students during the shooting, he was interviewing them. Other staffers for the student newspaper were also reporting the story while it was in progress, taking photos and videos during the ordeal.

Hogg is also a member of the debate team. The Broward County school district has one of the largest debate programs you'll find anywhere, with teams in all its middle schools and high schools and dozens of elementary schools. By pure coincidence, the school's debate team was working on the topic of gun control last November. They had pulled together massive amounts of information on both sides of the issue and worked on speeches. So when the national media descended on the high school after the shooting, these kids were prepared to talk intelligently. They knew their stuff.

I saw two students talking on Bill Maher's show Friday. When Maher joked about them being "crisis actors," Cameron Kasky said, "I am an actor." He and many of the other students we've seen regularly are part of the school's active, ambitious drama program, so they're used to working in front of audiences. In another coincidence, Kasky was rehearsing for a performance of a 2006 rock musical, "Spring Awakening." It's not about guns, but "the musical shows what happens when neglectful adults fail to make the world safe or comprehensible for teen-agers, and the onus that neglect puts on kids to beat their own path forward." The Tony award-winning writers created the musical as a kind of response to the Columbine massacre.

Journalism. Debate. Drama. Dedicated teachers work ridiculously hard to put programs like that together, out of love for the discipline and for their kids, and students dedicate themselves to these programs heart and soul. I know whereof I speak. I advised the high school yearbook for a number of years. It's ridiculous how many after school hours and past-midnight deadline sessions I clocked with my students — for, if I remember correctly, an $800 stipend. It drove me crazy. I loved it.

Journalism, debate and drama aren't on the test. Too often they're afterthoughts for districts dealing with tight budgets and a "teach to the test" mentality. We've seen the benefits of these "extras" as we've watched and listened to these serious, poised, articulate students. If the world were a better place and these wonderful young people had a normal, boring school day on February 14, 2018, we wouldn't know their names and faces. They'd graduate enriched by a strong, varied high school program, during and beyond the school day, given to them by teachers dedicated to their professions and their students.