Dreamers Still in Limbo After Dems Cave Over Shutdown 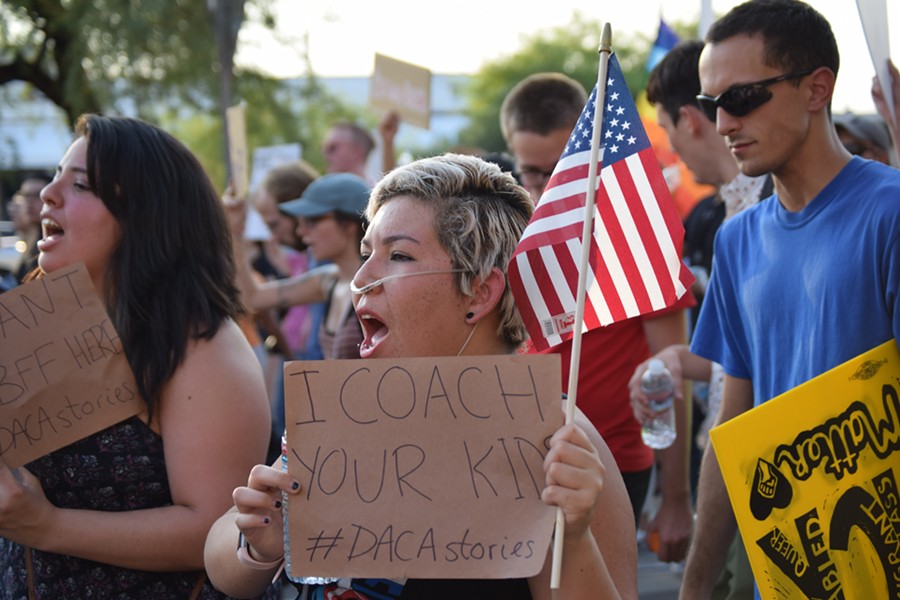 Democrats in Congress ended the short-lived government shutdown, on Monday morning, which could have leveraged a fix for DACA. But instead, Senate Minority Leader Chuck Schumer settled for a vague promise from Majority Leader Mitch McConnell to schedule a vote by Feb. 8, once again leaving 3.6 million Dreamers, about 800,000 of which have legal status under DACA, in limbo.

At first, the shutdown gave local DACA recipient Ana Laura Mendoza a bit of hope that Congress would finally do something, but now she’s just frustrated by the “lack of action from both parties,” she says. “Democrats are full of empty promises and rhetoric… Once again, it was made public that our lives are not as important as they claim.”

During Donald Trump’s 2016 presidential campaign, he promised the day he took office, he would end DACA. Although he didn’t do so until almost eight months into his presidency, the DACA recipients’ purgatory began the day he was sworn in.

Mendoza says combatting the drawn-out emotional struggle is the worst part. She just wants to know if she’ll have legal status or not, either way. A second year political-science major at the University of Arizona, she’s unsure if she’ll be able to fulfill her aspirations of law school. She’s unsure if all the effort of college will even matter: What good is a degree if you’re not allowed to work?

Earlier this month, a federal judge order the Trump administration to temporarily continue allowing DACA recipients to renew their protected status. Mendoza was one such Dreamer, who didn’t make the cut for the previous deadline the administration had set. Nonetheless, she has mixed feelings: happy she and others like her could renew but upset for the prolonged uncertainty.

Without a fix for DACA, Mendoza will lose her work permit right as she’s finishing her bachelor’s. She will also lose her driver’s license, not to mention the ability to walk out her front door without the fear of being deported.

CNN reported on Tuesday that Sen. Schumer was rescinding a recent proposal to the White House, which included funding for a border wall in exchange for Dreamer protection.

“President Trump’s unwillingness to compromise caused the Trump shut down and brought us to this moment,” Schumer said in a televised speech.

On Tuesday night, Trump tweeted “Cryin’ Chuck Schumer fully understands, especially after his humiliating defeat, that if there is no Wall, there is no DACA”—making the GOP leadership’s “promise” on a DACA fix seem all the more obsolete.

As far as Mendoza is concerned, she can’t get behind the idea of any compromise that includes border security measures.

“It’s so easy for us to be used as pawns,” she says. “I’m not OK with allowing one part of my community to be attacked while another is safe… It’s not just legislature that’s being decided. It’s who gets to thrive and who gets to hardly make it.”