Boris Blows Your Mind (and the Rest of Your Body) Away 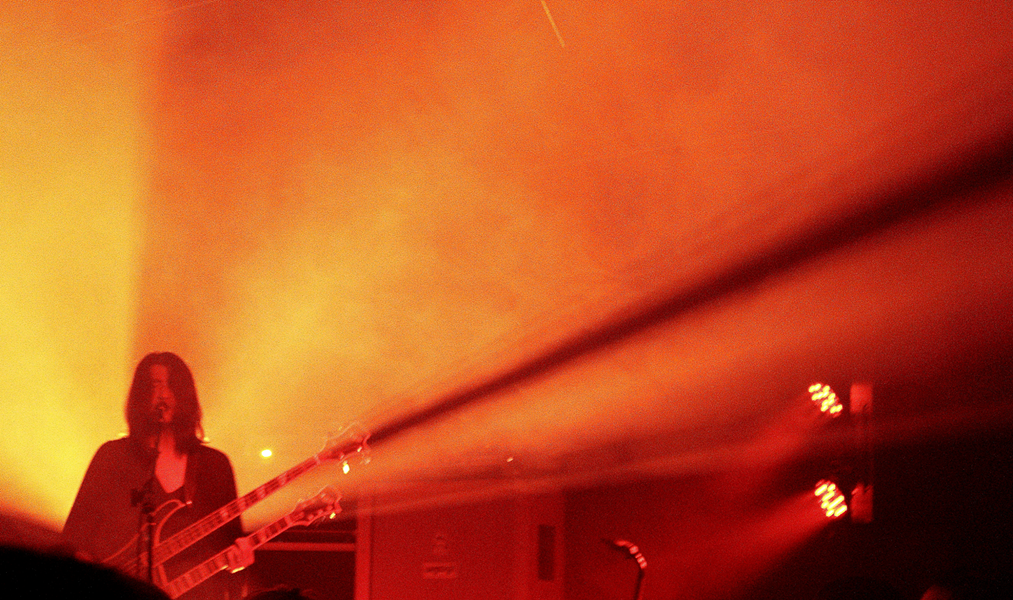 An earthquake hit Tucson Saturday night. Only this earthquake wasn’t measured on the Richter scale, but in decibels. The cause of these tremors was Japanese experimental trio Boris.

Boris specializes in beautiful, overwhelming layers of droning noise-rock. Powerful to a point where you aren’t sure if your hair is vibrating or your skull is about to explode. Still, there is a meditative aura to their music. When the hypnotic drumming and guitar textures paired with their simple yet elegant light show, 191 Toole took on the feel of a peaceful yet infernal temple.

This religious symbolism certainly increased with the drummer who, with a rippled golden gong hung behind him, took on the look of an Orthodox icon or Siddhartha. He generally hit his drums only a few times every minute, in sync with the two guitarists’ swells of unchanging distortion.

This is not to say their show wasn’t without surprises: the drummer occasionally used his gong to thunderous effect and at one point a guitarist even switched to an accordion. But instead of polka tunes, the accordion screamed notes more akin to something from an otherworldly void.

When silence finally took the room at the end of the show, with fog still lingering in the air and a few members of the audience sitting in cross-legged trances, the band said thank you and quietly departed, as if they knew their work there was done.

A Boris live show is not for the faint of heart, though it very well may make your heart faint.