August 23, 2017
10 comments
About 600 protesters waving familiar posters gathered in front of Pima County’s Administration Building on Tuesday evening: Refugees Welcome, Black Lives Matter, No Human is Illegal. In an age where almost every week, people take to the streets to voice their outrage with the government, people are getting creative. “Dumbledore's Army accepting members” and “Ctrl+Alt+Delete” are a few of the more creative signs.

The focus of Tucsonans Against Racism Protest and Rally was County Supervisor Ally Miller, who announced her white pride on Facebook, only hours after a white supremacist mowed down a crowd of protesters in Charlottesville, Virginia, on Aug. 12. For the last week, citizens and fellow board members implored her to apologize for her comments.

And now it seems the time for apologies has passed, at least for the hundreds that gathered on Tucson’s downtown. People want her gone. It was no accident this rally was planned on the day Trump addressed supporters in Phoenix. Inside the Phoenix Convention Center, Trump hinted at pardoning former Maricopa County Sheriff Joe Arpaio for illegally continuing racist practices, and Trump decried the “very dishonest media,” blaming them for the backlash to his “many sides” statement following Charlottesville. Outside, thousands protested and were finally dispersed when police set off tear gas into the crowd. In Tucson, people chanted—families with toddlers in strollers, old ladies waving American flags, teenagers standing up for their future.

People of every age, creed and color shouted, “This is what democracy looks like,” and held their signs high as cars passed, honking their approval. 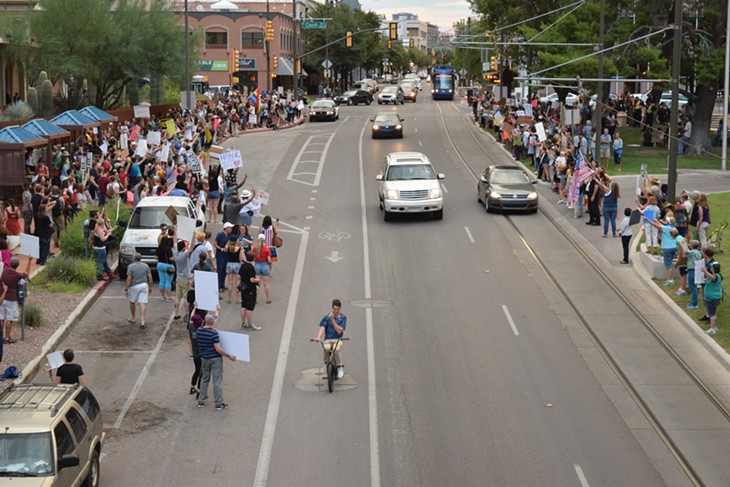 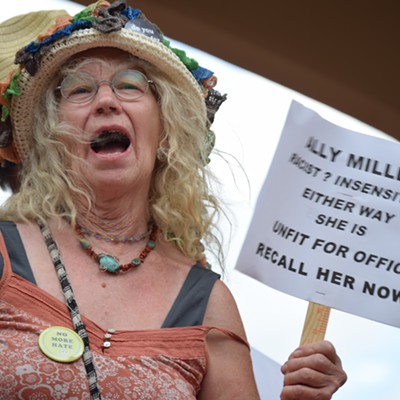 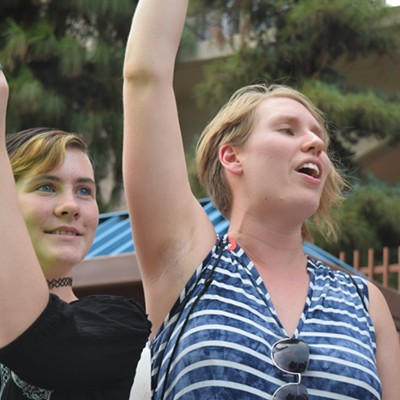 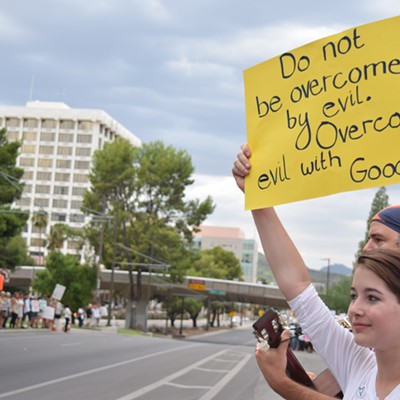