Future Islands on Fire at SXSW

The lead singer of Future Islands reveals his soul while he performs. The persona most of us wear when in public, guarding our emotion, our inner selves—front man Samuel T. Herring motions pulling off his mask while on stage at Thursday night’s Pandora showcase at SXSW.

Under his mask, he’s crying unabashedly, in front of the hundreds in the audience. He pounds his chest. He growls in to the microphone. He reaches out a hand to the audience as if to say, “Be real. Be strong.” Sweat pours down his face. He reaches a hand to the sky. It’s a difficult time in our country, he told the audience when he stepped on stage, and he’s so excited to be here.

With band members Gerrit Welmers on keyboards, William Cashion on guitar and a hired drummer, Future Islands music is hard and emotional. The audience was lost in the moment as Herring danced across the stage and leaned into the crowd to sing directly to them—each and every one. 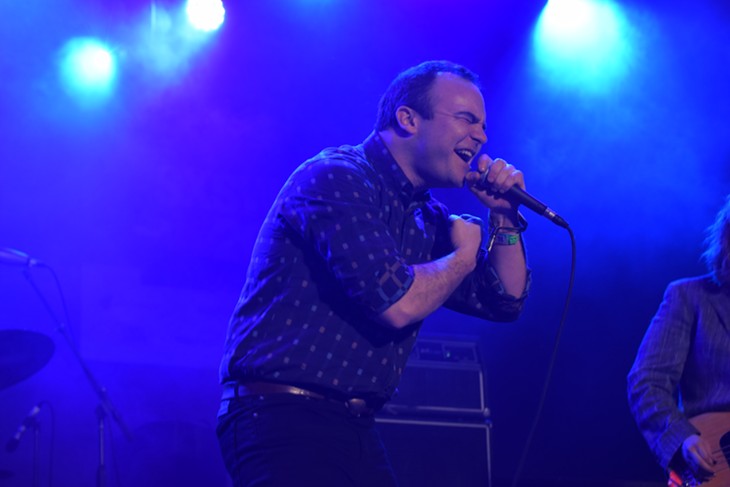 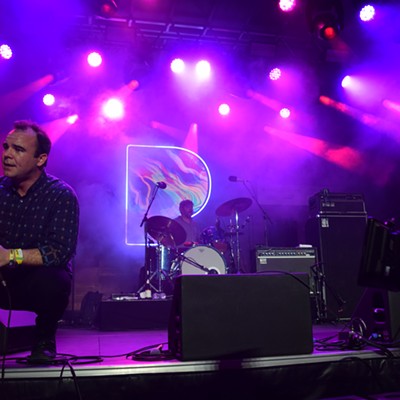