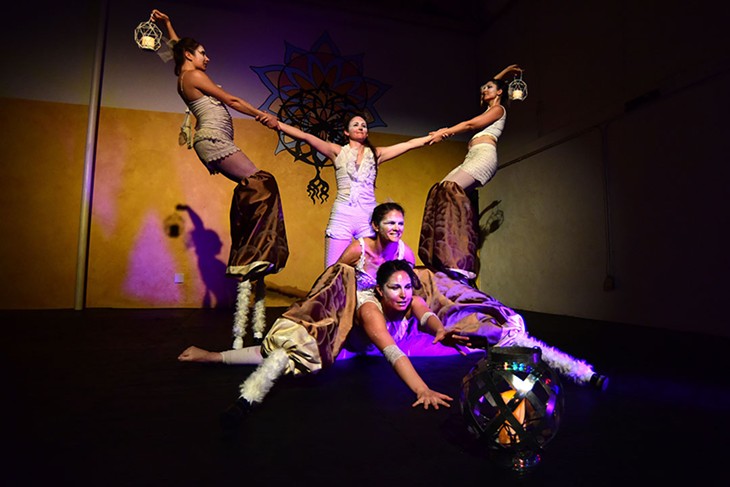 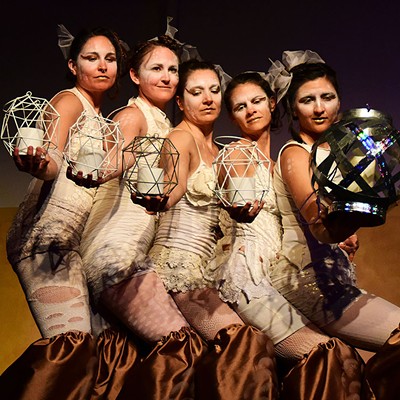 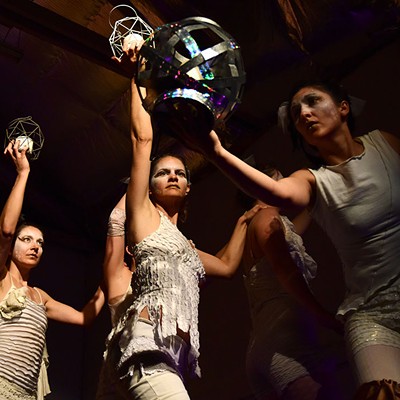 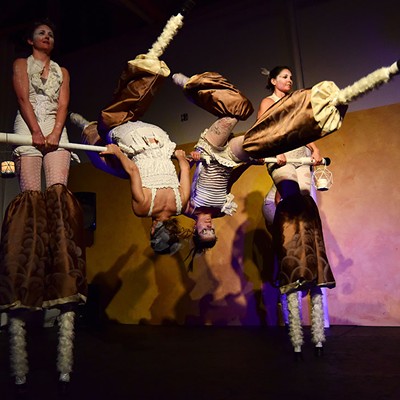 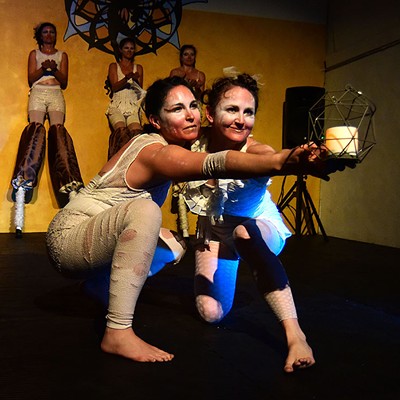 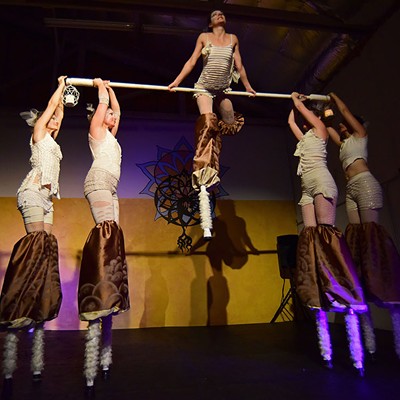 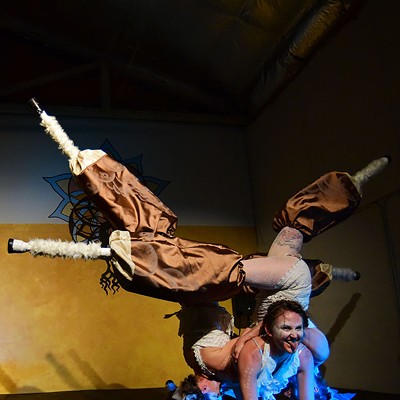 
Cirque Roots puts on the second of four showings of Spectrum: a Theatrical Stilt Dance & Acrobatic Spectacle at their studio on Friday, April 15. Dancer Erin Christine Deo opened the performance accompanied by Vasanta Weiss on vocals and the harmonium followed by Cirque Roots performers Jennifer Coughlan, Stephanie Cortes, Zoë Anderson, Brittany Briley and Leanne Marie with music by Jyshua Pcalyps in collaboration with Ian Browning. The all-female performance was put together over a series of four and a half months and addresses the idea that "we are the light we see in others." The troupe has been together for over four years and is getting ready to embark on a small tour around the Southwest both performing and teaching aspiring stilt walkers and acrobats.