The now-infamous Mexican fast food restaurant Illegal Pete's opened Thursday evening despite protests and a petition, which gathered close to 3,000 signatures demanding the owner to "change the name or shut it down."

Community members are outraged over the use of the word "illegal." Critics argue the use of "illegal" in the name of a Mexican restaurant is racist, and solidifies a term that is often used to insult undocumented immigrants and many people of color.

At the rally a small group of the 60-plus protesters (many of whom were members of the UA student activist group Movimiento Estudiantil Chican@ de Aztlán, or MEChA, immigration rights advocates and other allies), handcuffed and chained themselves as they stood in front of the entrance.

Upon entering, all restaurant visitors walked past a sign that read "Racists Enter Here." A couple of demonstrators took photographs of all of those who walked into the place, which nearly caused a fight.

Preparing for the big opening, Illegal Pete's staff had written messages and drawn symbols with chalk, such as peace signs and the restaurant's logo, on the surrounding sidewalks but protesters sprayed water on them and erased most with their shoes.

The gathering began at around 5 p.m., a few minutes after the official opening of the place, and was still going past 8 p.m. There were at least four Tucson Police officers on the scene. An hour into the protest, the cops told the students who were chained at the front entrance to move in case there was a fire, or another emergency, inside the restaurant.

I guess on the business side of things, Illegal Pete's was doing pretty well, because the line was long and tables were full.

Owner Pete Turner says the "illegal" in Illegal Pete's was never intended to be used in a bigoted connotation. He hopes to work with the community and alleviate the tension. In the meantime, he just wants everything to remain civil. 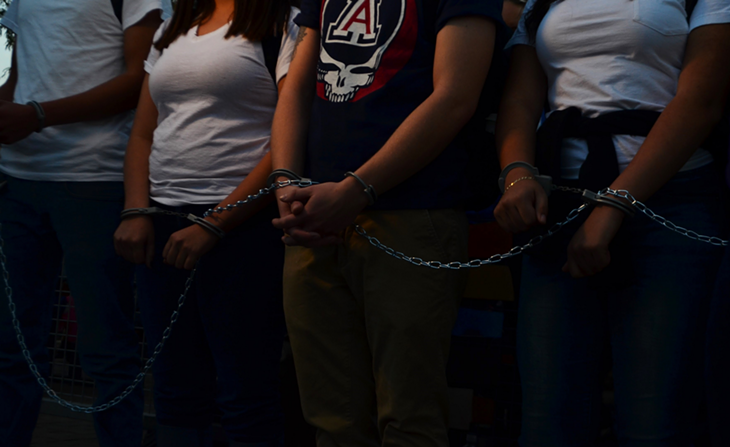 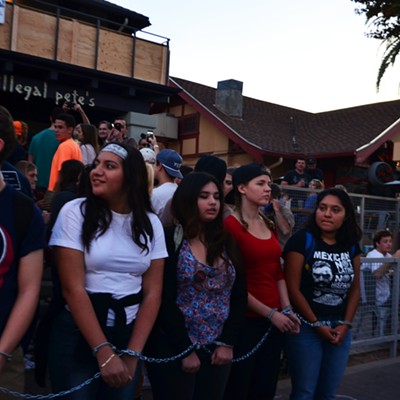 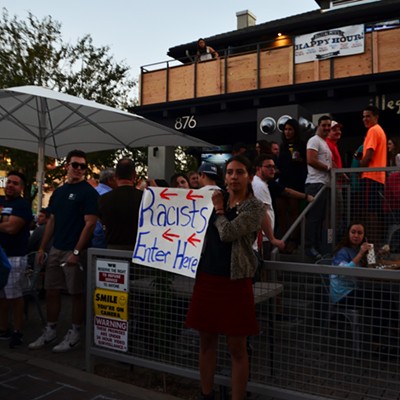 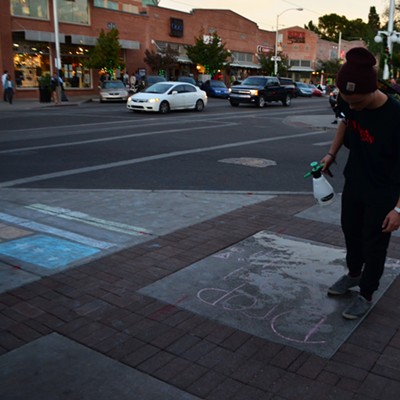