Food for Ascension Cafe Closes off Fourth, Plans to Open Another Location 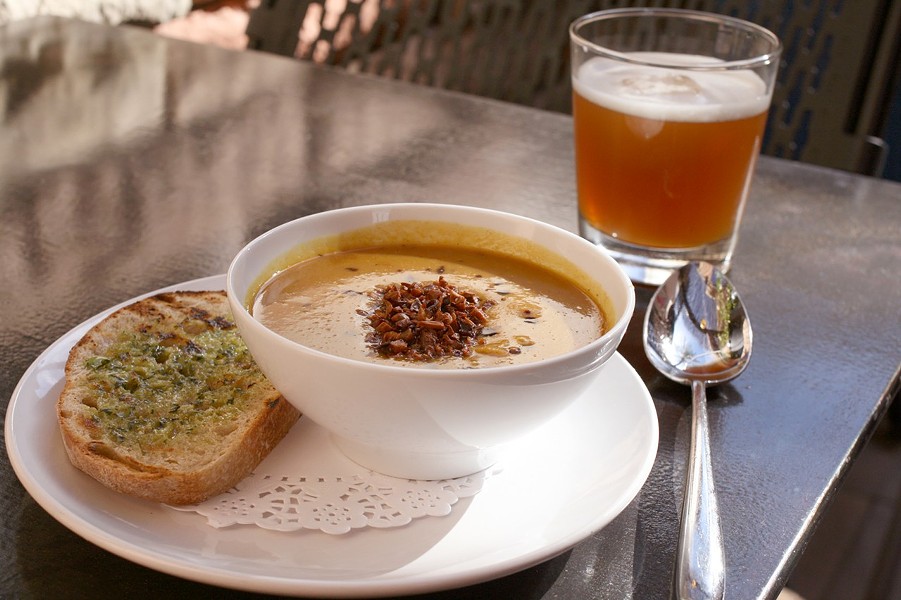 Food for Ascension Cafe knew how to make vegan food, using local, organic ingredients to craft wholesome dishes that were expertly spiced. Unfortunately, though, the restaurant, which was located on Seventh Street just west of Fourth Avenue, announced via Facebook that Saturday, August 1 was their last night of service at that location.

According to the post, the support for what the cafe was seeking to accomplish wasn't enough to keep the restaurant running.

We discovered that there just is not enough understanding of the true meaning of "slow food" to support what we were doing in the Café in Tucson to justify the time and energy we were putting into it.

The post goes on to say that the current location will become an extension for the Sea of Glass Center for the Arts. However, that isn't the end of the story for Food for Ascension either. The restaurant plans to open another location in the Tubac area at Avalon Gardens. While a date for that opening wasn't announced, you can stay up to date with more information by following Food for Ascension on Facebook.

The post finished by thanking the farmers, staff and customers that made the cafe what it was, as well as the founders Gabriel of Urantia and Niánn Emerson Chase. Since Tubac is just a short jaunt down the I-19, Tucsonans can look forward to the new iteration of the cafe, in their words, "with great expectations for the ever-expanding future."