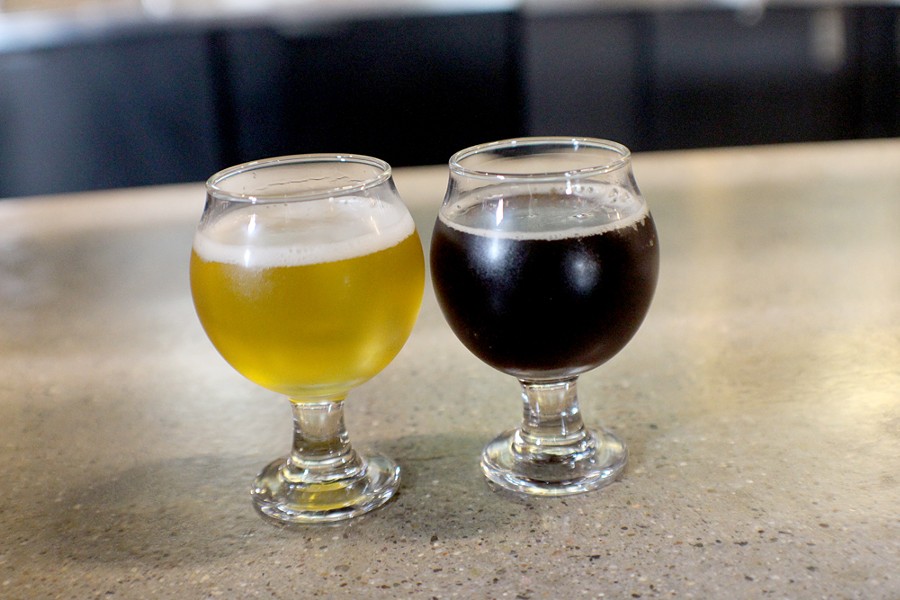 In case you missed it, Tucson's craft beer scene is still on a seemingly unstoppable trajectory. Arizona Beer House is opening on July 24, bringing craft beer to the east side, and it seems locally brewed beer is cropping up in every Tucson neighborhood. If you're in the Ironhorse neighborhood, for instance, you might have noticed something new coming in on Hoff Avenue between Eighth and Ninth streets and that something new is Public Brewhouse.

For the bar's soft opening, co-owners and brewers Mike Gura, Cody Van Haren and Don Rubino are offering six of their own beers on tap, as well as their house nitro coffee and Sarsaparilla. Although craft beer can definitely get pricy, Public is offering all pints for $5, half pints for $3 and tasting flights for $6. The opening line-up, which kicked off on July 22, includes a Saison (6.8 percent), Saison Noir (7 percent), Dino the Dog Nitro Chocolate Stout (6.3 percent), Public IPA (7.6 percent), Pale Ale (5.8 percent) and Slumlord English Pale Ale (3.9 percent).

The Saison, which Van Haren says is his favorite to brew, is a great place to start sampling what the brewery can really do. It's flavorful 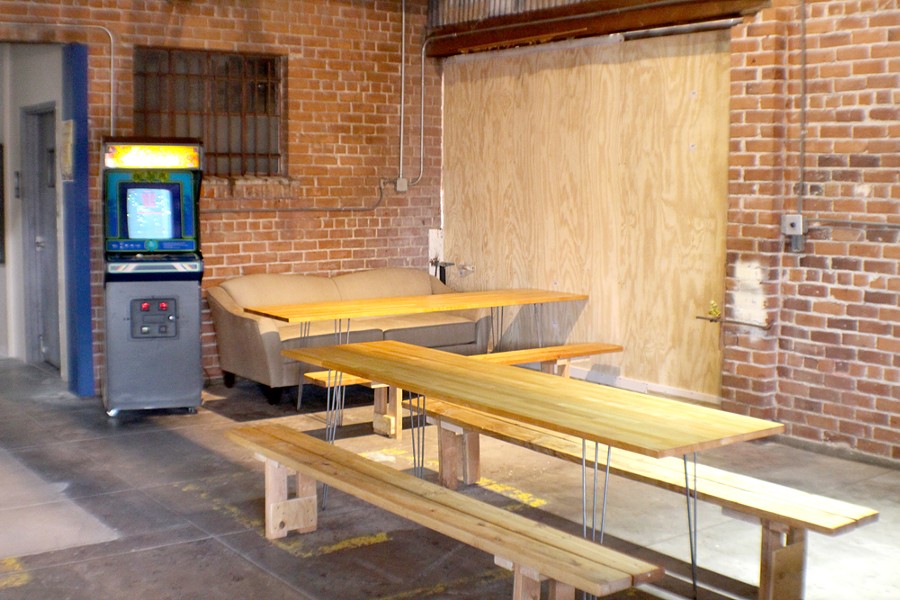 but not overtly flavored and Gura says that's just he brews.

"My brewing style is yeast forward," he adds, explaining that rather than adding flavoring elements and spices, he manipulates the yeast's natural qualities in the fermentation process to achieve that effect.

Gura comes from a science background with a degree in physics and two masters degrees. However, it wasn't until he had trouble buying good craft beer while living in the booze-restrictive Utah that he began homebrewing. Once moving to Tucson, Gura met Van  Haren while both men worked as EMTs.

"Cody and I just work well together," Gura says.

It was a long road to open and begin serving their locally-brewed beer at 209 N. Hoff Ave. in the courtyard behind the also recently opened craft beer and wine bar Ermanos. A crowdfunding campaign wrapped in 2013 to fund what became Public Brewhouse, and, after about three years of changing locations, working through zoning issues and more, Gura says the brewery has finally cleared all of the hurdles.

"The mayor is interested in working with grassroots businesses but  there is this entrenched bureaucracy," Gura says.

Cutting through the red tape, Public Brewhouse will celebrate their

grand opening on Saturday, August 1. The event will feature beer specials, a food truck, live music and, of course, the Public brews from noon until 2 a.m.

After that, the crew at Public are planning to stay focused on brewing. The bar itself has large wooden community tables, shuffleboard and a Centipede arcade game to keep guests entertained and the space is zoned for live acoustic music, which Van Haren says will be incorporated down the road.

Van Haren says the bar has the capability to fill up 20 taps eventually and and each of the men have plans for how to fill them. In the future, Rubino will expand his soda offerings and even include homemade kombucha on tap. Van Haren and Gura already are looking to dive into the increasingly popular sour beer category and make use of the large barrels in the brewery to begin aging beers.

"We'll be making a whiskey cream ale that uses mesquite flour and a Belgian abbey ale—it's the kind of beer monks drank regularly," Gura says, adding, "They'd drink the Quads when they wanted to see God."

Overall, Public Brewhouse simply seeks to be a neighborhood bar with a strong line-up of one-of-a-kind beers. The planned hours, at this time, are Wednesday through Friday from 4 until 10 p.m. and Saturday from noon until 10 p.m.