The first of the new Gibson Court businesses is almost ready to open. On Friday, June 12 at 3 p.m., Highwire Lounge give away first glimpses of the intimate, upscale cocktail bar's interior, as well as modest patio to the public.

Owners Nick Eggman and Jacob Hise aren't looking to quietly enter Tucson's cocktail scene, either. With a ten-drink menu that utilizes popular liquors like El Jimador tequila, Smirnoff vodka and Bulleit whiskey, the pair say they're looking to impress their guests with their inventive take on "molecular mixology."

Much like their circus theme would suggest, the cocktails at Highwire definitely have a trick or two to show. That means you can expect drinks to change colors, make noises, change flavors and look unlike the cocktails you're used to seeing at local watering holes.

One of the most interesting drinks on the Highwire menu is Hise's take on a deconstructed margarita. Although he wouldn't tell exactly how he does it, Hise forms tequila droplets into small caviar-like bubbles. He then tops the shot with a whipped up prickly pear margarita foam made in an iSi charger with sodium citrate, calcium lactate and xanthan gum. The final product is the Elbulli Bubbles Prickly Pear Margarita ($8), which is meant to taste like a margarita, look like a shot or tequila and feel kind of like Boba.

"It took me about five months to figure out those caviar drops," Hise says.

Hise is also experimenting with flavor by offering up a $4 Flavor Tripping Elixir optional add on. He says it makes lemons taste like candy and a gin and tonic taste like a sloe gin fizz.

In the color department, the very carnival-influenced Contortionist ($10) offers up locally made Fluff It Up cherry cotton candy and Pop Rocks in one cocktail. While the combination admittedly sounds jarringly sweet, the use of white cranberry juice tones down some of the more sugary elements in the drink.

However, it isn't all about the show at Highwire, either. Drinks like the whipped egg white and olive oil infused Sophisticate ($10) focus more on accentuating the spirit's flavor, which is gin in this case, than science experiment-like tricks. Highwire's take on an Manhattan uses a Thai basil tincture to add a unique twist.

For those just looking to have a quick, cheap drink, the bar will also offer a canned, bottled and draft beer selection featuring local breweries including the neighboring Pueblo Vida Brewing.

Once their neighbors in the Arizona Avenue alley open for business, Eggman says Highwire will have a symbiotic relationship with both establishments. While it might be a little while before the bar can carry Independent Distillery's spirits, the partnership with Johnny Gibson's Downtown Market will begin as soon as the cafe and grocery store opens. For food, plates ranging from $5 to $10 will offer guests bar bites including oysters, ceviche, nachos, pretzels and sliders with sirloin and lamb.

Overall, Eggman and Hise agree that the bar will cater to people looking to go out and have a good time.

"I know it's kind of kitschy, but it's really just meant to be fun," Hise says. "We don't want to be too foo foo, but we do want to be surprising."

Highwire, located at 14 S. Arizona Ave., will open on Friday, June 12 at 3 p.m. After that, the bar will be open daily from 3 p.m. until 2 a.m. with weekly blackjack nights on Monday and live jazz on Sunday. The bar will offer happy hour specials daily from 4 until 6 p.m. as well as late night reverse happy hour on Tuesday and Wednesday. 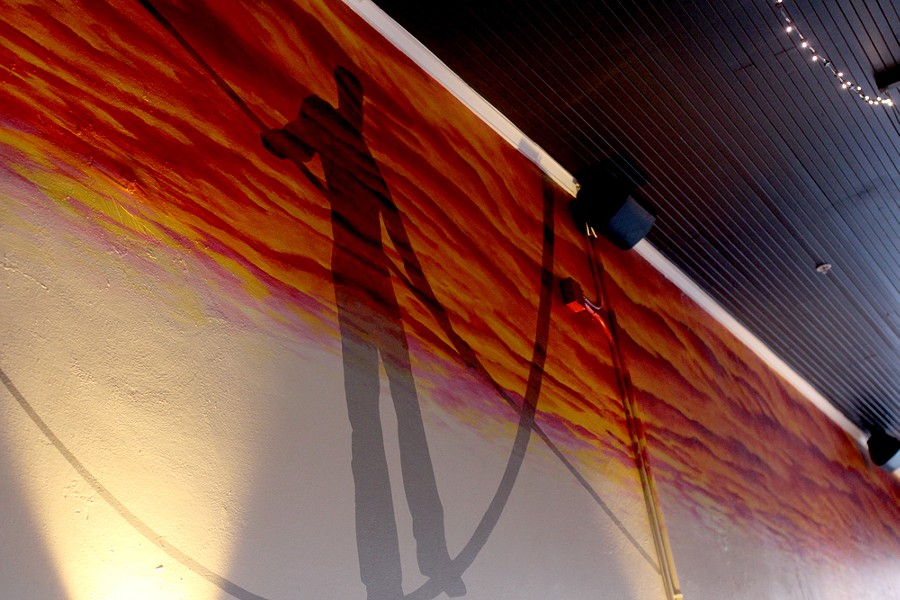 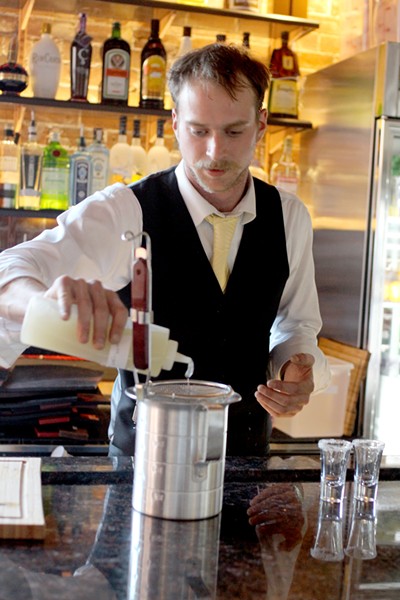 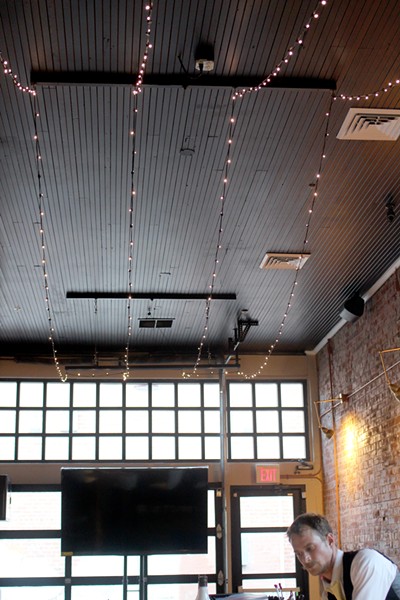