Downtown has a new gallery dedicated to the works of Jeff Ferst. The Artful Living Gallery and Studio, located on the northeast corner of Stone Avenue and Broadway Boulevard, quietly opened its doors a couple weeks ago, luring curious passersby with bright works.

Ferst says he's always been attracted to vibrant color in art and it was the desert's bright color palette that drew him to move from Canada to Arizona in the first place.

"In general, I'm inspired by where we live—the desert," Ferst says. "The lights and colors here made me feel more at home."

His pieces that are currently hanging in the new gallery space are primarily works of bright desert sunset landscape, which benefit from the splashes of light coming in from the space's large open windows. However, Ferst also has a few abstract pieces hanging as well.

"I've always had a love of abstraction. I put the same energy and emotion into those pieces as I do a landscape piece," he says. "It's about my interaction with the environment. It's like telling a story." 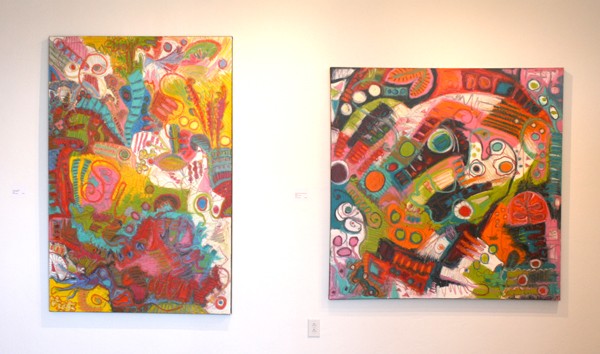 As a painter primarily, Ferst has found a way to make his work more accessible in a line of "licensed merchandise," as he puts it. That includes silk scarves, pillows, rugs, yoga mats, flip flops and mugs, which he thinks will do well in their new downtown setup. In fact, Ferst thinks he will enjoy being downtown more than his previous midtown studio, as well. 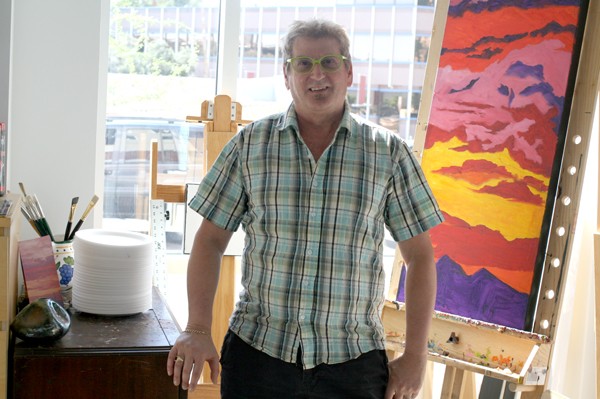 "I decided that I really wanted to be downtown," he says. "I missed the interaction during the day."

One of the main benefits of Ferst's new gallery is that his studio is also on site. That means on any given day you can walk past on Stone and see him at work through those large windows.

You can see both Ferst's landscape and abstract pieces at his gallery now at the Artful Living Gallery and Studio. The gallery is open Tuesday through Friday from 11 a.m. until 5:30 p.m. or until 4 p.m. November through April. You can also make an appointment for another time by calling 203-7004.