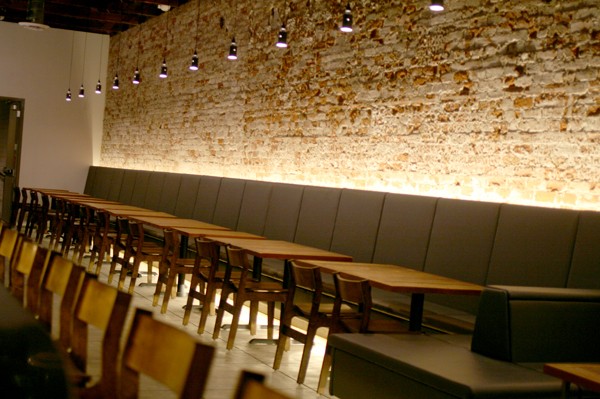 Fourth Avenue is about to get a cool new spot for beer, wine and late night eats when Ermanos opens between 8th and 9th streets. Now, before you get all up in arms that the name misspells the word brother in Spanish, you should know that it's a play on the brothers Mark and Eric Erman's last name. Feel better? Alright, let's continue.

The Erman brothers have dreamed of opening their bar for about ten years. Sitting in their beautiful restaurant just a few days before opening and the night before they train their staff, it's clear that Eric is getting a little choked up.

"I can't believe we're here," he says, looking around at the back lounge area. It's furnished with comfy black leather chairs and a large homey rug.

Eric worked as a commercial brewer in Colorado for seven years while his brother was an environmental lawyer, eventually moving to Tucson with his wife to enjoy the climate.

After a few hiccups in figuring out their new space (it technically encompasses two addresses on two different streets—good thing Mark is a lawyer), they began exhaustively renovating the space—exposing the building's brick walls and skylight and repurposing the wood that was removed for dividing walls and tables.

"This wood is from the '20s. You can see the saw marks on the boards," Mark says, touching a new wall made from the building's reclaimed wood. "Our carpenter said that back then they would only fell trees for lumber that were over 100 years old so that means this wood came from a tree that was from the 1800s at least."

A large communal booth, more private nooks, bar seating and a patio offer a range of options for seating. 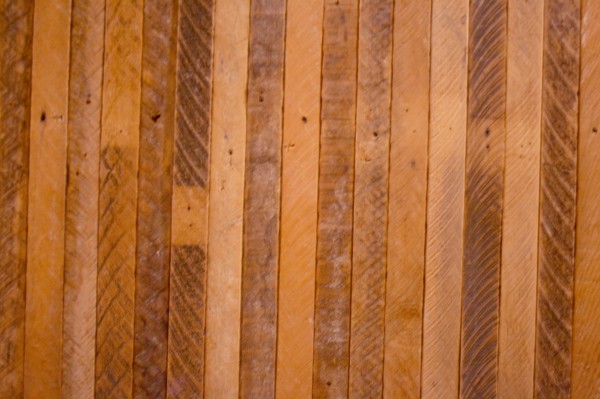 With the finishing touches being put into place for the building, Eric discusses his plan for the beer program. You can expect 34 draft handles and a selection of over 150 bottles and cans of beer. He's also excited that Public Brew House will soon be open in the back courtyard area, brewing craft beer just feet from Ermanos' back patio.

"We wanted to build on the great beer community here," Eric says. "The scene has just exploded."

For wine, the team brought in a friend from Michigan named Anya Linda. Her goal is to incorporate a list of wines that are both accessible and drinkable but also feature more esoteric varieties to expose guests to new things. She hopes in the future to hold special tasting events in the lounge area as well, such as local vintner features and a popcorn and champagne night.

"This place is the epitome of a labor of love," Linda says. "It's special and I think it will be the sort of place that anyone can come to."

Of course, it isn't all about the booze. Although Ermanos doesn't plan to offer full table service, a menu of "upscale garstropub" fare will be served for lunch, happy hour, dinner and late night. Using seasonal, local ingredients, many of the menu items, such as the soup and salad, will change regularly.

However, chef David Valencia Jr. knows the Zip Burger, made with a special sauce of soy sauce, worcestershire, butter, herbs and more, will be a menu staple. His right hand man, Jesus Cayeros, also made a grilled cheese for the menu that combines five cheeses and a sweet, tangy onion jam that the whole crew agreed would be a favorite.

The menu also features small tapas-style sharable plates for dinner, including chicken lollipops with a seasonal BBQ sauce, flatbread with chorizo and Oaxaca cheese and gnocchi with cheese, poblano and herbs, to reinforce the casual atmosphere. 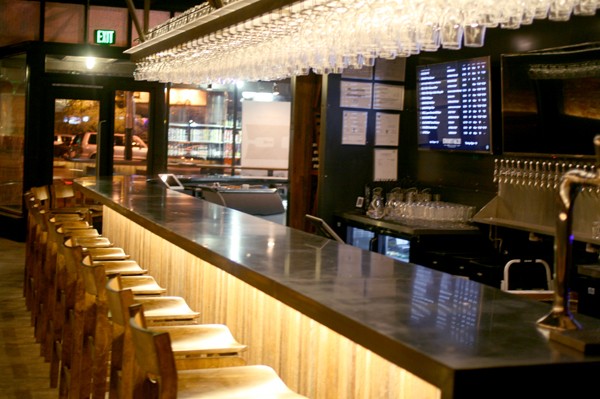 Mark Erman says he wanted his bar to be a bar first with the feel of an indoor beer garden. He plans to have live music weekly once they open.