Is the Guggenheim Coming to Sixth Street and Stone? We're Guessing No

Passing by the intersection of Sixth Street and Stone Avenue, you may have noticed recently that a mysterious sign went up advertising the "Solomon P. Guggenheim Art Museum" coming to the corner Fall 2017. While that would be really great news if it were true, something seems off about the whole thing. 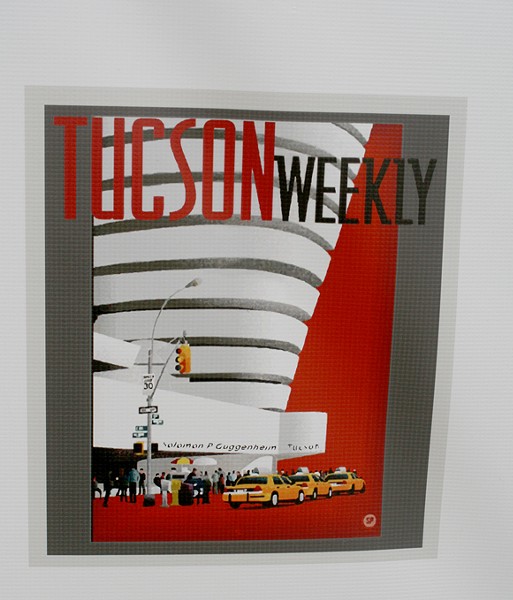 First of all, I'm not a fine arts savant, but all of the other Guggenheims are either named after Solomon R. (which stands for Robert) or Peggy (his niece), no Solomon P. as of now. It's safe to assume a foundation as prestigious as this would get their namesake's middle initial correct.

Secondly, there's no mention of any plans of a Tucson-area Guggenheim on the seemingly well maintained foundation website. After all, the press folks had time to release a statement on Monday, Dec. 8 that the New York museum would be open New Year's Day so one would logically guess they would have also mentioned a new branch of the museum in the works— seems press release worthy to me.

Last, but not least, the sign has a (somewhat poorly) Photoshopped Tucson Weekly cover proclaiming the museum's eventual existence. Needless to say, we didn't ever write that, but we are flattered to be included in whatever weird hoax this is shaping up to be.

So now here it is: I'm looking for the sign maker(s) to come clean and tell me the real story. I even tried knocking on the door of the building at 503 N. Stone Avenue, but nobody answered and it looked pretty boarded up. Your move, person, e-mail me at heather@tucsonlocalmedia.com.