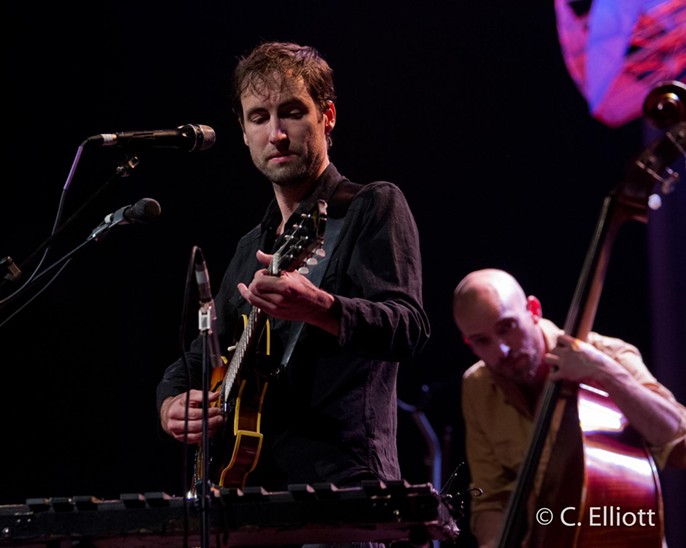 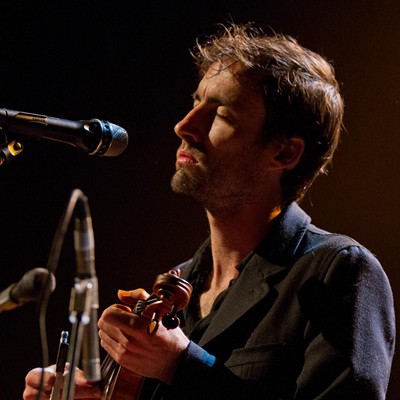 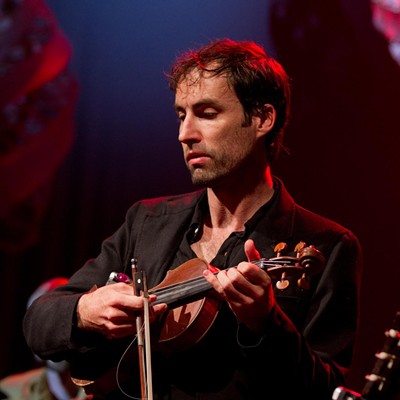 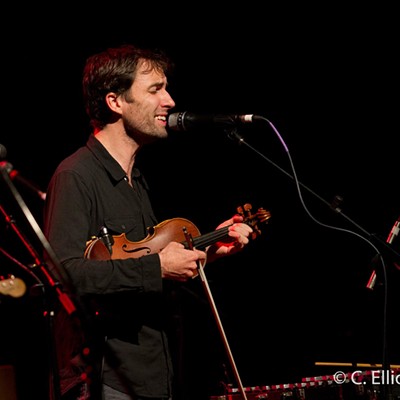 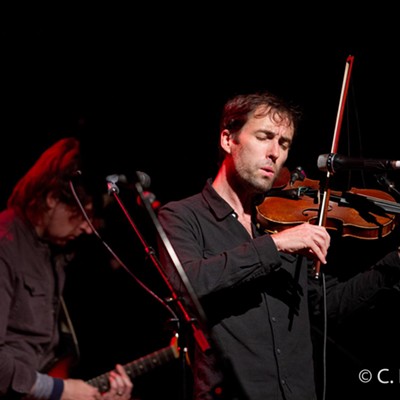 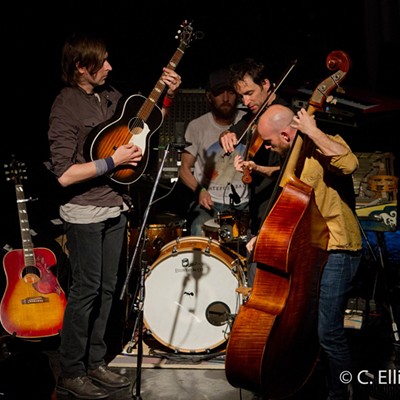 Andrew Bird isn't too proud to bring on folksy covers of saints like Townes Van Zandt (“If I Needed You”) and the Handsome Family (“Too Much Wine”). But his Rialto set built almost entirely upon his new release Break it Yourself, the next new thing in a decade-long musical evolution that continues to lead fans into uncharted waters.

He opened Friday's set with something like a chamber quintet composition built in realtime with layers, loops and whistles, then eased the crowd in to the complexity of “Nyatiti,” named for a traditional Kenyan lyre. By the end, the song was the musical equivalent of a fireworks display; it's possible the band was levitating.

By contrast, the radio-ready “Lusitania” opened like a pop-country song—one of those everyone might feel they could sing. Then came “Eye on Eye,” an unmistakeable nod to Motown-era soul. Songs from Break It... were all standouts, for excitement, certainly, but also, if anyone cared, for technical proficiency.

Bird's mastered the hat trick: Somehow he makes songs that may incorporate several key changes and two or three time-signatures that are rarely heard in Western popular culture as accessible as unperfectable, three-minute pop.

But the breakaway crowd-pleaser was “Bein' Green,” which Bird may have put away for all time. If Kermit every sang it with that much soul, it would surely break your heart in two.

Opener Laura Marling evoked a '90s indie-girl Joan Baez—the same vocal reach but with with the whispers, grunts, cries and spoken word of the Cat Power/PJ Harvey aesthetic. Her guitar work drew cheers all by itself. As a preamble for Bird's complex dynamics, Marling was an inspired choice. Count us first in line for a return engagement as a headliner.