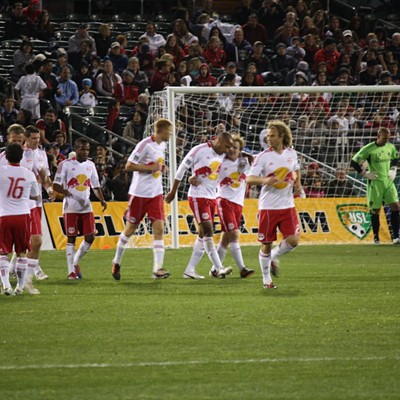 This year's edition of the Desert Diamond Cup wraps-up tomorrow night with the third place match between the New York Red Bulls and Real Salt Lake at 6 p.m. and the final between the LA Galaxy and the New England Revolution at 8 pm. Some tickets were still available at the time of posting and the organizers have released $20 lawn seats for sale as well.

On Wednesday night, the Red Bulls defeated the Galaxy 2-1 as two of this era's most famous players, Thierry Henry and David Beckham both took the field.